Ms. Pamela Ambundo-Onduso, a 1989 alumna of the Master of Public Health program in the East Tennessee State University College of Public Health, recently published an article and contributed with other sector stakeholders, to the development of an advocacy video about sustainable development, population, health and environment (PHE) links in East Africa. 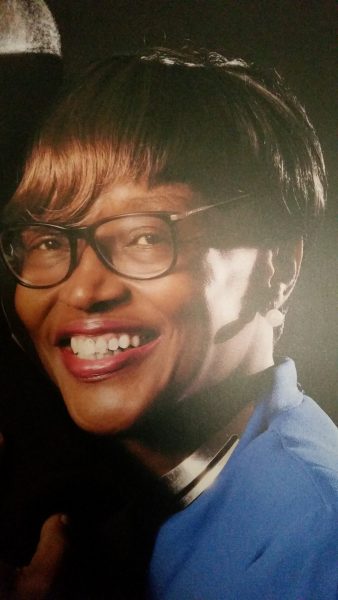 As part of her role as co-chair of the 65-member national Population, Health and Environment Network, Ms. Onduso narrated a video entitled “Integrating Population, Health, and Environment for Sustainable Development in Kenya.”  Stakeholders from diverse sectors within Kenya will use this resource to promote a policy dialogue about the critical role of population dynamics with health and the environment, and the ways that investments in family planning and reproductive health can propel progress towards Kenya’s many development goals. The presentation includes recommendations for civil society, national and county leadership.

In a bid to increase the video’s reach and utility among policy makers in East Africa, the U.S.-based Population Reference Bureau and the Kenya government’s National Council for Population and Development in the Ministry of Devolution, also developed a local language script in Kiswahili, the national language of several countries in the region, narrated by a local media personality and TV anchor.

“I hope this story about integrated approaches to population, health and environment as a means of achieving sustainable development is useful for sharing with the ETSU community, current students, and alumni,” Ms. Onduso stated, “I remain indebted to ETSU for the gift of a truly world-class, practical MPH experience.”

In addition to her work with the video, Ms. Onduso co-authored an article in the Journal of Social Sciences titled “Applying ExpandNet’s Systematic Approach to Scaling Up in an Integrated Population, Health and Environment Project in East Africa.”  The article lays out the systematic approach to scale up developed by ExpandNet and subsequently illustrates its application in the Health of People and Environment in the Lake Victoria Basin (HoPE-LVB) project, an integrated Population, Health and Environment project implemented in Uganda and Kenya from 2012 – 2017. The project is ongoing.

The study’s results demonstrate not only the perceived relevance of pursuing integrated development approaches by stakeholders but also the fundamental value of systematically designing and implementing the project with focused attention to scale up, as well as the challenges involved in operationalizing commitment to integration among bureaucratic agencies deeply grounded in vertical departmental approaches.

Finally, Ms. Onduso serves on the Boards of key African institutions, both Centers of Excellence: