Dr. Bert Lampson, associate professor in the department of health sciences in East Tennessee State University College of Public Health, is part of a team that recently published research on biosynthetic gene clusters in the peer-reviewed journal PLOS ONE.  The article, “An inhibitory compound produced by a soil isolate of Rhodococcus has strong activity against the veterinary pathogen R. equi” reports on the recent discovery of a potent inhibitory molecule produced by a newly isolated strain of the soil bacterium Rhodococcus.

The R. equi bacterium is an important pathogen that causes pneumonia in young horses.  It appears to reside in manure laden farm soils and infection of foals occurs primarily by the inhalation of airborne dust containing the pathogen.  For decades, there has been a decline in the discovery of new antibiotics effective against such bacteria resistant to older line antibiotics.  Complete genome sequencing of dozens of strains of the soil bacterium Rhodococcus has revealed the presence of many cryptic biosynthetic gene clusters, presumably dedicated to the production of small molecules. This has sparked a renewed interest in this underexplored member of the Actinobacteria as a potential source of new bioactive compounds.

Although Rhodococcus species are well known for their remarkably diverse catabolic abilities, little attention has been directed at the potential ability to produce bioactive small molecules.  In this study, 90 different strains of Rhodococcus were isolated and identified from different types of soil samples, mostly from the East Tennessee region.  Despite the reported potential to produce small bioactive molecules, only 3 out of the 90 culture extracts showed any form of antibacterial activity.  However, one strain revealed a strong inhibitory molecule.  This strain was designated MTM3W5.2.

The researchers’ ability to produce this compound in stagnant broth cultures of MTM3W5.2 allowed for large-scale production and purification of the inhibitory molecule. The ability to exploit this Rhodococcus compound for therapeutic purposes against R. equi infections will require a detailed determination of its chemical structure. Even so, it may be possible to develop the producer strain MTM3W5.2 into a biocontrol agent against the bacterium.  It may also be possible to reduce the level of contamination of barn yard soils with R. equi by using strain MTM3W5.2 as a potential biocontrol agent. 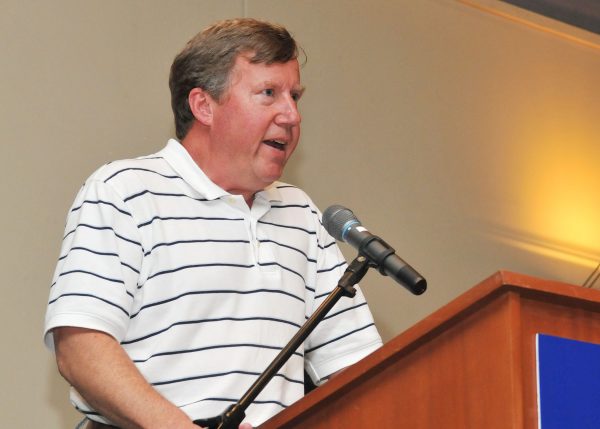