Eli Lilly and Company and Indiana University Richard M. Fairbanks School of Public Health – Indianapolis announced the launch of a new neighborhood-based, data-driven pilot in Indianapolis to help address the high incidence of diabetes. Building on similar efforts Lilly has developed in lower-income communities in Mexico, India and South Africa, the $7 million, five-year program will focus on three Indianapolis neighborhoods with significant health disparities and high rates of diabetes: the Coalition of Northeast Neighborhoods, Northwest Neighborhood and Near Westside Neighborhood. 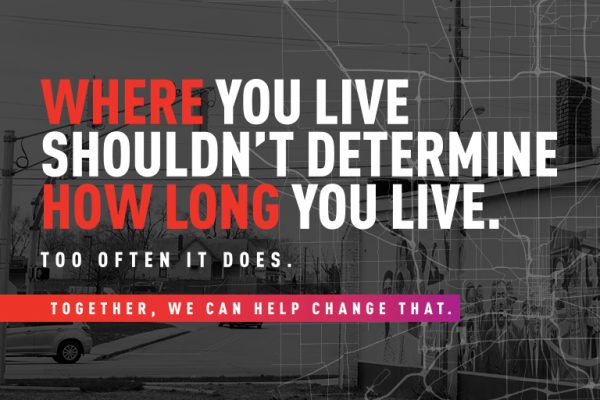 Life expectancy in these three communities can be 14 years lower than in neighborhoods just 10 miles away. The lower life expectancy rate is largely due to health disparities and is similar to rates seen in countries such as Iraq and Bangladesh.

This pilot will target people with diabetes or at risk for the disease in these three communities, which were selected based on high prevalence of diabetes, socio-economic factors and highly engaged community members and organizations. Globally, 425 million people have diabetes, with a prevalence rate of 8.4 percent. In the three target neighborhoods in Indianapolis, an estimated 10,000 people live with diabetes, and prevalence rates are as high as 17.5 percent.

“Despite all our strengths and assets, Indiana ranks 38th among states for overall health status,” said Mr. Dave A. Ricks, Lilly chairman and CEO. “Through this effort, we are applying what we’ve learned from our global health work in underserved communities around the world with the expertise of our local partners and the passion of the people living in these neighborhoods. Together we’re going to find new solutions for closing these health disparity gaps.”

Lilly and the Fairbanks School of Public Health are implementing the pilot with Eskenazi Health, Local Initiatives Support Corporation Indianapolis (LISC) and the Marion County Public Health Department. Borrowing from Lilly’s global health efforts, the pilot will deploy a model that uses newly hired community health care workers to help identify people with diabetes and connect them with quality care. In addition, community members will help identify and propose solutions for cultural, social, environmental, economic and policy barriers that increase the risk for diabetes, such as the lack of healthy food options and public spaces for exercise.

“The health of our communities is a critical element in our overall wellbeing and prosperity as a state,” said Dr. Paul Halverson, founding dean of the IU Richard M. Fairbanks School of Public Health at IUPUI. “The most important aspect of this pilot – and why we believe it will be successful – is that we are working in equal partnership with community members to identify the root causes of what makes us sick and the best solutions to address those causes.”

Lilly and its partners are testing the hypothesis that the implementation of a multi-pronged community health worker model will reduce complications for those with diabetes and reduce risk factors for people at high risk of developing diabetes by increasing screening-seeking behavior for those at high risk, improving access and continuity of care for people with diabetes, and fostering a physical and social environment that supports diabetes control and prevention, such as better access to healthy food and exercise options. The pilot uses Lilly’s global health framework, which includes studying key research questions, reporting what works and what doesn’t, and then using the data to advocate for the scale up of the most effective solutions. The program will contribute to Lilly 30×30, the company’s goal to create new access to quality health care for 30 million people in underserved communities every year by 2030.