National experts on trade and public health gathered at Milken Institute School of Public Health (Milken Institute SPH) at the George Washington University (GW) on May 7 to discuss the risks of America’s dependence on China as a source for medicine.

The panel discussion was inspired by China Rx: Exposing the Risk of America’s Dependence on China, a newly published book by Ms. Rosemary Gibson, a senior advisor at The Hastings Center in Garrison, New York. 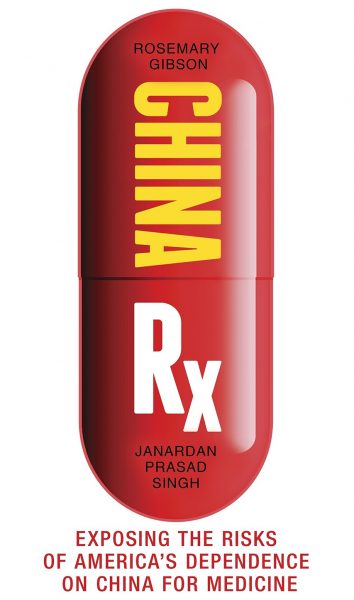 About 40 people attended the 2-hour discussion, which focused on how America’s health, economic and national security could be at risk because of the United States’ dependence on China for raw materials and ingredients needed to make many vital medicines. Many U.S. pharmaceutical companies are now based or produce drugs in China, which could become problematic for public health if the medicines are not properly regulated. Many essential drugs are now produced mostly in China, including penicillin, heparin and vitamin-C.

The panelists suggested that policymakers should examine how they regulate medicine, incentivize pharmaceutical companies to manufacture medicine in the United States and support innovation in drug manufacturing.

The event was recorded and will air on the C-SPAN2 program Book TV on Saturday, May 19 at 7 p.m. EST.