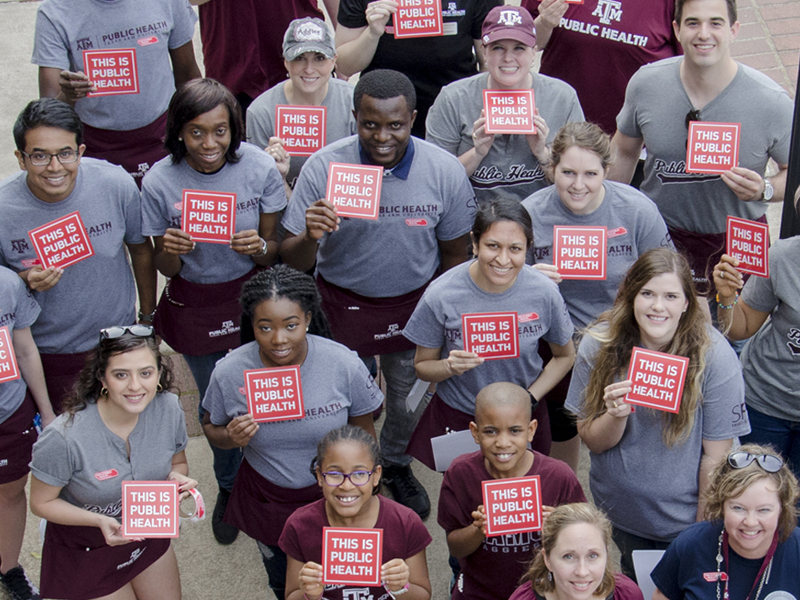 Multiple events are scheduled during National Public Health Week (NPHW) beginning April 1, when College Station Mayor Karl Mooney will read and present a signed mayoral proclamation to Dean John August in the school’s lobby declaring NPHW in the Brazos Valley. The winners of the “This is Public Health” photo contest will be announced, followed by a reception to welcome Mr. Santos Navatterre Jr., the new Brazos County Health Department director. Brigadier General Joe Ramirez, commandant of the Texas A&M Corps of Cadets, and Texas A&M mascot Reveille will kick off the World Fit Walk event. The school is supporting this six-week campaign designed to motivate and encourage youth to increase their physical activity.

A highlight of the week is “Re-thinking Plastic: In products, our oceans and our bodies,” with keynote speaker Ms. Christine Figgener, a Texas A&M doctoral candidate, who in 2015 filmed the viral video of her research crew dislodging a plastic straw from a sea turtle’s nose. She was recognized by Time magazine as a 2018 Next Generation Leader for helping to galvanize a global movement that resulted in companies eliminating the use of plastic straws from their daily operations. The panel will include Dr. Natalie Johnson, from the School of Public Health, Dr. Pamela Plotkin, director of Texas Sea Grant, and Jon Strassner, vice president at Humanscale.