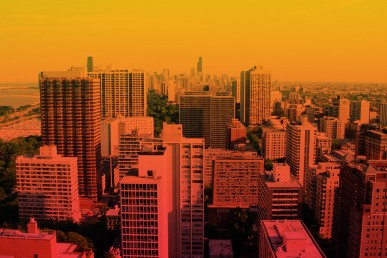 The University of Illinois at Chicago School of Public Health will host “The 1995 Chicago Heat Wave: Then & Now,” a free, public forum to commemorate the 20th anniversary of the Chicago heat wave that killed more than 700 people and is one of the worst natural and public health disasters in the United States. With 20 years of hindsight, many of those who played critical roles in responding to the heat wave will share their perspectives on the events that occurred in July 1995.  Looking ahead, experts on climate change, meteorology, emergency preparedness, and public health will discuss challenges related to preparing for extreme weather events as the temperature rises globally.