Mr. Chintan Bhatt, a doctoral student at Florida International University (FIU) Robert Stempel College of Public Health and Social Work, recently published in the American Journal of Public Health (AJPH). His article, “Medicaid Expansion and Infant Mortality Rate in the United States,” examines the possible effects of Medicaid expansion on infant mortality rates by comparing infant mortality rate trends in states and territories by whether or not they accepted Medicaid expansion — stratifying by race and Hispanic ethnicity. 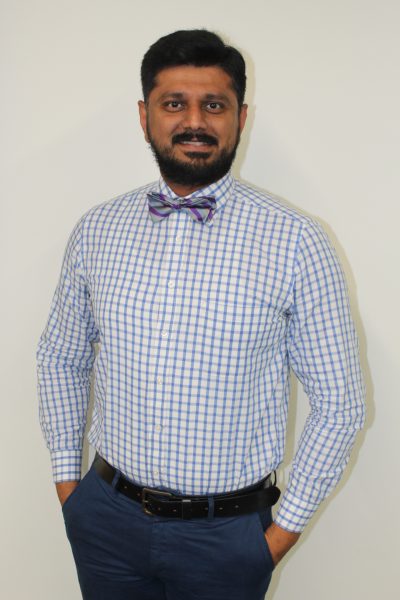 Millions of Americans were positively affected by the 2010 Patient Protection and Affordable Care Act (ACA), which made crucial changes in health care benefits, coverage and related regulations. Since ACA was implemented, the uninsured rate decreased considerably, especially among women aged 18 to 64 years and in the 31 states and Washington, DC which accepted Medicaid expansion.

However, the most frequent users of medical services are pregnant women, mothers and infants, making them the most important potential beneficiaries of Medicaid expansion. The Medicaid program has financed coverage for low-income pregnant women for years, covering approximately 45 percent of U.S. births. Medicaid expansion states are required to cover 10 essential health benefits including pregnancy, maternity, pediatric care, chronic disease management, breastfeeding support, contraception, mental health, substance abuse screening and treatment, and other behavioral health services. Because of the dynamic maternal, infant and child health care services required by Medicaid expansion, it may be one of the most important ways in which the ACA may improve maternal and child health outcomes, such as infant mortality.

“Publishing and disseminating these findings has been extremely important to me, as the future of medical insurance coverage in the nation is presently under review,” said Mr. Bhatt, whose research findings suggest that Medicaid expansion may be an important way to address longstanding disparities in US infant mortality by race.

Mr. Bhatt is a medical graduate from India. He obtained his master of public health in epidemiology from Florida International University Stempel College and is a currently a doctoral candidate in the college’s department of health promotion and disease prevention. Future research by Mr. Bhatt will explore what aspects of Medicaid expansion may explain improved infant survival and will estimate the number of infant deaths that could be prevented if all states accepted Medicaid expansion.