Dr. Marcus S. Cooke, chair of the department of environmental health sciences at Florida International University Robert Stempel College of Public Health and Social Work had his comet assay patent approved by the United States Patent and Trademark Office on February 20. The patent, “Devices and methods for high-throughput assay,” is for a device that automates the testing of DNA damage, DNA repair and cellular antioxidant status. 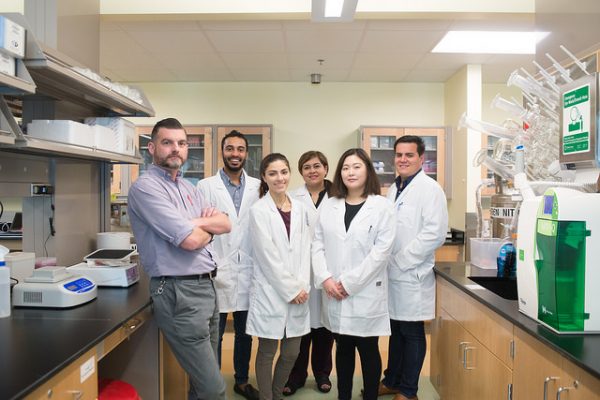 Dr. Cooke, in partnership with Dr. Shekhar Bhansali, chair of FIU’s electrical and computer engineering department, have been collaborating with colleagues for approximately two years on the construction of this device. Dr. Cooke believes this cross-disciplinary alliance is extremely significant, as it has allowed researchers to think creatively, solve problems and build devices designed to assist scientists.

“I’ve had this test in my lab since the late ‘90s, but it’s always been time-consuming, so I’ve been thinking of ways to make it better,” said Dr. Cooke. “One of these ideas led to a different patent application, and now this one makes the assay even easier to perform.”

Many scientists and researchers around the world use comet assays within environmental and occupational contexts. Damage that can be detected by the comet assay include alkali labile sites, oxidatively generated nucleobase damage, double strand breaks, single strand breaks and DNA cross-linking with other DNA or protein.

The comet assay can also be used to measure DNA repair by noting the smaller size of the comet tail compared to the damaged DNA after a set amount of time. Specific uses for the device include in vitro and in vivo genotoxicity testing (i.e., nanomaterials), together with human biomonitoring, DNA repair studies, gene-specific assessments and ecogenotoxicity.

The patent has been incorporated into a proof-of-principle device and Dr. Cooke is working with Engineering Resources Group to take it to the next level.

This is Dr. Cooke’s first granted patent; he currently has two other submitted patents and two other applications under consideration.

May 10, 2018 "Arizona Researcher Receives $1.1 Million to Study Genetic Risk Factors for Type-2 Diabetes and Heart Disease" May 10, 2018 "Texas A&M Partners with Houston Methodist and Texan by Nature to Form the Center for Health and Nature"