As hookah smoking continues to grow in popularity worldwide, particularly on social media, researchers at Florida International University (FIU) Robert Stempel College of Public Health and Social Work published a study in Health Education & Behavior investigating the portrayal and promotion of hookah on Instagram, while also highlighting the public health challenges generated by the content.

Because hookah smoking has become extremely popular among adolescents, the role of social media in the dissemination of hookah becomes a significant research question. Instagram’s emphasis on visual graphics, in combination with the appealing features of hookah usage, suggest that social media users may be encouraged to post about hookah on social networking sites.

“Despite the fact that social media is the most common media of communication and interactions among youth, there is a lack of research utilizing data from social media platforms,” said Dr. Ben Taleb. “Our study represents an important first step in analyzing global social media content that is related to hookah smoking.”

The examined posts portrayed hookah in a positive light, with 99.6 percent of posts explicitly signifying favorable sentiments toward the use of hookah. The majority of posts were associated with hookah identity and community (e.g., #hookahlife) and hookah as a fun, social and nightlife-related activity. Only one post (0.4 percent) mentioned the harmful health effects of hookah usage, whereas 63.8 percent of posts were promotional in nature.

Researchers also recorded that 10 percent of all of the analyzed posts contained hookah addiction hashtags, such as #HookahAddiction, indicating that nicotine addiction is not perceived as a problematic health risk, but as an ironic joke or badge of honor. 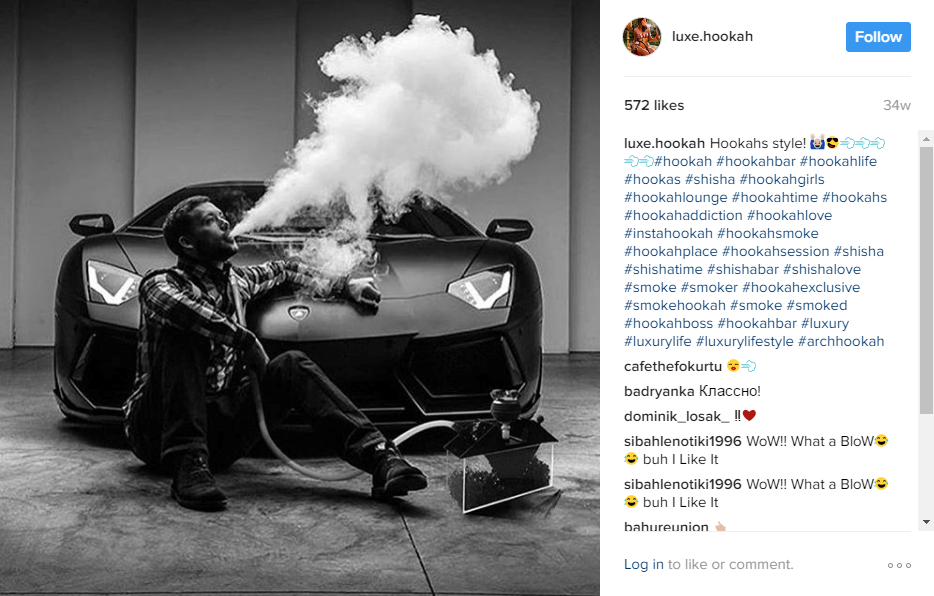 “This study represents an essential step in recognizing hookah-related topics on Instagram and exhibits the importance of using Instagram data to further understand health behaviors,” said Dr. Tomás R. Guilarte, dean of Stempel College. Data from social media has the ability to present pathways for public health advocacy, as well as policy changes”.

The study’s findings can be used to determine the future of tobacco control campaigns intended to counter-market the normalization of hookah on social media.

As the number of promotional hookah posts continue to escalate, exploring the prospects for the restriction of tobacco promotion on social networking sites is imperative.