Mothers infected with the Zika virus may be able to transmit the virus to newborn infants through breast milk, according to a recent report authored in part by a University of Florida researcher. 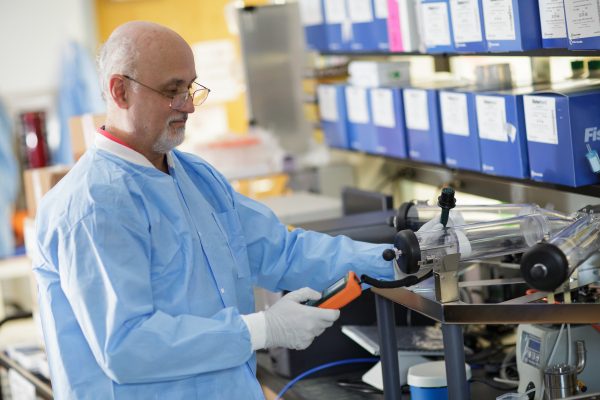 A team of scientists based in the United States and Venezuela identified infectious Zika virus in the plasma, urine and breast milk of a mother in Venezuela and in the plasma and urine of her child, who was exclusively breastfed. Genetic sequence analyses revealed the same Zika virus strain was in both the mother and her child. The findings were published in the journal Clinical Infectious Diseases.

Although the mother showed symptoms of Zika fever, in her child the infection was asymptomatic. Both experienced the infection concurrently, however.

“Some viruses are infectious in breast milk,” said Dr. John Lednicky, a research professor in the department of environmental and global health at the University of Florida College of Public Health and Health Professions, a member of the UF Emerging Pathogens Institute and a senior author of the report.

“For those viruses, a breastfeeding child can acquire active infections upon ingestion of the milk,” he added.

While the investigators cannot prove that the mother passed Zika virus to her child, Dr. Lednicky believes this scenario to be very likely since the viral strains found in both the mother and the child’s fluids were nearly identical.

The mother hailed from Barquisimeto, Venezuela, a city in the northwestern region of the country, less than 300 miles from the Colombian border. The fluid samples analyzed by the scientists were taken just a few days after the mother’s initial doctor’s visit in March 2016. At the time, officials in Colombia were aware of the Zika epidemic within their borders but the prevalence of the virus in Venezuela was unclear. According to the report, the child spent most of the time indoors in a screened, air-conditioned home, thus reducing the probability of mosquito-borne transmission of the Zika virus.

In addition to providing evidence of Zika virus transmission through breast milk, the report offers further proof of the viability of the virus in breast milk.