George Mason University MPH Program assistant professor of global and community health w led the research with colleagues from Emory University, Georgia Institute of Technology, and the University of Pittsburgh. They found that exposure to pollutants such as ground-level ozone and nitrogen oxides, which are created from burning fossil fuels, led to increased ED visits. The study was published online in August and will appear in the November issue of Environment International.

“We found that primary pollutants—those that are emitted directly from a source, such as car exhaust—were associated with ED visits for cardiovascular and respiratory diseases,” explains Dr. Krall. “Additionally, secondary pollutants — those that are formed through chemical reactions in the air — were linked to ED visits for respiratory diseases.” 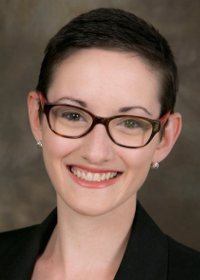 While most past studies were conducted on a single-city level, this study looked at pollution across five cities — Atlanta, Birmingham, Dallas, Pittsburgh, and St. Louis. The researchers analyzed the associations between cardiorespiratory ED visits and twelve major air pollutants to examine short-term changes in health as pollution varies on a daily basis. “By looking at the five cities, we hope to get a better sense of how these associations hold in general, instead of for individual cities,” Dr. Krall noted.

This is also one of first multicity studies to look at multiple air pollutants, including gases and particles, and multiple causes of ED visits, such as asthma and stroke. It is a larger and more comprehensive study than previous work that has commonly looked at one pollutant and multiple health outcomes, or multiple pollutants and one health outcome.

“Down the line, this research has implications for how we think about future pollution regulations because the way we regulate pollutants might differ between primary and secondary pollution,” explains Dr. Krall.