Given the critical role livestock play in Mongolia, transmission of tick-borne diseases can have very real health and economic implications for livestock and the herders that tend to them. Dr. Michael von Fricken explored this association using a multidisciplinary One Health research approach, which focused on the interaction between nomadic herders, the livestock they own, and the tick-borne diseases they are exposed to. Dr. von Fricken spent a year living in Ulaanbataar as a postdoc with Duke University, under Dr. Greg Gray, professor in medicine, environmental health, and global health, working alongside veterinarians from the Institute of Veterinary Medicine and the National Center for Zoonotic Diseases. 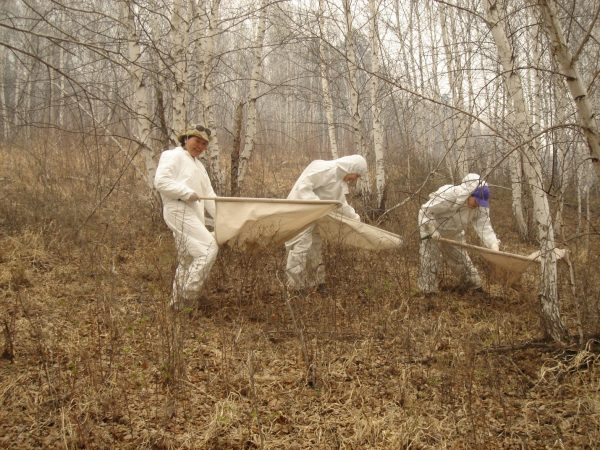 Now an assistant professor in the department of global and community health, which is part of the College of Health and Human Services, Dr. von Fricken and his colleagues recently published their findings on two tick-borne diseases in Acta Tropica, “Estimated seroprevalence of Anaplasmaspp. and spotted fever group Rickettsia exposure among herders and livestock in Mongolia”.

This study is unique given the under-studied target population of Mongolian herders, and the diverse landscapes covered, ranging from the arid Gobi region to the south to the Central Steppe and Altai Mountains to the north. In this study, Dr. von Fricken and his team (Dr. Boldbaatar Bazartseren, senior researcher at the Institute of Veterinary Medicine Nihon University, Mongolia and Dr. Lkhagvatseren Sukhbaatar, postdoctoral fellow at One Health, Mongolia) tested serum for antibodies indicative of previous exposure to Anaplasma and spotted fever group (SFG) Rickettsia, two tick-borne diseases in the region that can have very serious effects on humans. SFG Rickettsia infections typically cause fever, rash, abdominal pain, and may even cause death due to heart and kidney failure in more severe infections. While SFG Rickettsiaspecies are non-pathogenic in livestock, Anaplasma spp. can cause weight loss, fever, spontaneous abortion, and even death in infected livestock. One species in particular, Anaplasma phagocytophilum, the causative agent of Human Granulocytic Anaplasmosis, can result in kidney failure if left untreated.

“By relying on One Health methodologies, we are investigating the broader implications for risk of disease transmission. That includes not just human health, but that of livestock and the environments they live in,” Dr. von Fricken explained. “This makes for much richer datasets that can be used to identify key factors driving disease exposures that may be missed using siloed research approaches.”

The research team detected high rates of previous Anaplasma spp. and SFG Rickettsia in their human and livestock samples. Humans were significantly more likely to have been exposed to a tick-borne disease in the northern provinces of Mongolia compared to samples collected from the Gobi Desert region. “Seroprevalence studies — those that test the presence of a disease in blood serum — are great tools to identify populations or locations of interest. Findings from this study make a case for expanded tick-borne disease research in northern Mongolia, as it appears to be a hot spot for pathogen exposure, which is something we plan to investigate with partners in Mongolia.” While the prevalence of exposure to these diseases in some regions has been documented, the presence in Terelj National Park (in Tov province) is of particular concern, as it is a common international destination for hiking and tourism. 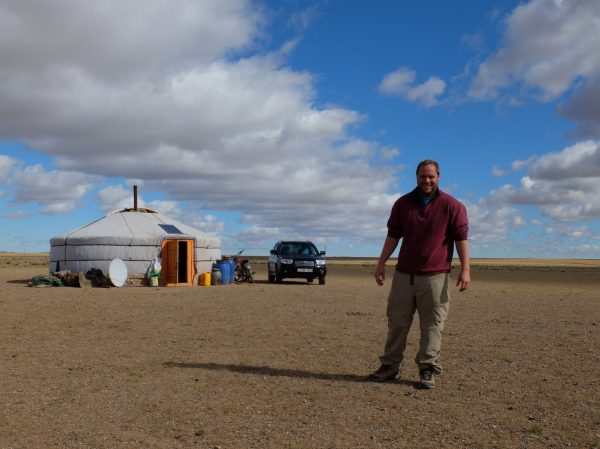 “The Mongolian country side is profoundly beautiful and holds a special place in my heart. If you ever get a chance to visit Mongolia, I highly recommend you take it, just take precautions to avoid tick bites and be sure to check for ticks after any outdoor activities,” Dr. von Fricken recommends.

Watch a video on some of von Fricken’s recent tick surveillance in collaboration with Mason’s College of Science, the Centers for Disease Control and Prevention (CDC), and the National Park Service in Great Falls (just outside of Washington, DC.).

Read more about some of von Fricken’s recent tick surveillance in collaboration with Mason’s College of Science, the CDC, and the National Park Service in Great Falls (just outside of Washington, DC.).