The authors wrote that their work provides “novel information about the need to consider age when designing community-based interventions” to promote health and well-being. They also suggested that doctors and other health care workers screen younger patients for possible mental health issues, in addition to asking them about tobacco use.

Results of the study are presented in an article titled “Assessment of age-related differences in smoking status and health-related quality of life (HRQoL): Findings from the 2016 Behavioral Risk Factor Surveillance System” and published in the Journal of Community Psychology. Dr. Shanta R. Dube, associate professor of epidemiology & biostatistics, is the lead author. 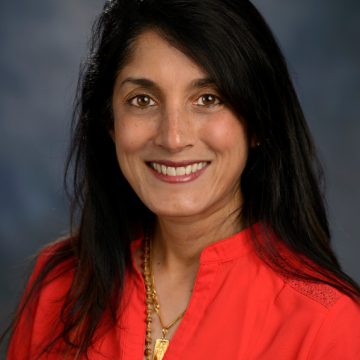 The study analyzed data from more than 400,000 people who participated in the 2016 Behavioral Risk Factor Surveillance System survey, a cross-sectional telephone survey conducted by the Centers for Disease Control and Prevention (CDC) which includes noninstitutionalized adults 18 and over from across the United States.

The study found that smokers are generally less educated, have lower household incomes, are less likely to be married and less likely to have insurance coverage than people who have never smoked or who are former smokers. Study participants who smoked every day reported more physically unhealthy days (PUDs) and mentally unhealthy days (MUDs) than other groups, researchers found.

The youngest group studied, 18-24 year olds, had the greatest difference in MUDs, with everyday smokers reporting on average 4 days more per month of problems including stress and depression than non-smokers. The researchers noted that overall, among smokers and nonsmokers, younger people tended to report more MUDs than older people.

“Our findings provide an opportunity to highlight that for young adults who smoke, tobacco prevention and control efforts may need to include components that focus on the stress response and other mental health issues,” the authors wrote. “Clinicians who see young patients have an opportunity to not only screen for tobacco use but also consider screening for mental well-being. Smokers in settings such as universities and colleges are also target populations in which the co-occurrence of smoking and mental well-being can be addressed.”

The study’s co-authors are Dr. Jin Liu of the University of South Carolina, Dr. Amy Z. Fan of the National Institutes of Health, and Dr. Martin I. Meltzer and Dr. William W. Thompson, both of the CDC.