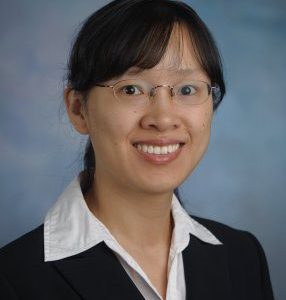 The researchers were motivated to create the new model by the increased prevalence of studies using both electroencephalography (EEG) and functional magnetic resonance imaging (fMRI) data.

“With the advance of technology, thousands of curves can be simultaneously recorded by electronic devices, such as simultaneous EEG and fMRI data,” the researchers said. EEG captures the electrical signals generated by nerve cells in the brain through dozens of electrodes placed around the head. An fMRI scan produces a three-dimensional image, which can record activation levels throughout the brain.

The brain activity data collected by simultaneous EEG and fMRI can be plotted on a graph and appears as numerous curves — sometimes thousands of curves — which can be difficult for researchers to process, said Dr. Ruiyan Luo, associate professor of epidemiology and biostatistics at Georgia State University School of Public Health.

Dr. Luo and Dr. Xin Qi, assistant professor of mathematics and statistics at Georgia State’s College of Arts and Sciences, together created a new model to help researchers study the relationship between these curves. The model is published in the Journal of Multivariate Analysis in the article “Function-on-function regression with thousands of predictive curves.”

The model may help neuroscientists, who commonly use EEG and fMRI scans, make better predictions about brain activity data and better identify regions of brain-related activity, but it could also have broader applications, Dr. Luo said.

“Curves of EEG and fMRI data are examples of functional data,” she said. “More examples include curves of daily measured temperature in different cities, curves of hourly recording of the concentration values of different air pollutants, motion trajectories of different body parts, etc. Functional data include many observations points from curves — or images or any function over a continuum — and treat each curve as a single structured object so as to simultaneously handle complex structure both within functions and between functions. This model could help in understanding the relationship between the curves and their effect on other outcome variables.”

The method is implemented in the free R software package for statistical computing, “FRegSigCom”.