Reports that use of electronic cigarettes is declining may not have accounted for explosive growth in sales of the JUUL device, a novel product that has benefited from social media marketing campaigns to reach young consumers, according to a study led by researchers at Georgia State University School of Public Health.

Existing surveys and other techniques designed to monitor use of traditional cigarettes and e-cigarettes don’t ask specific questions that might capture the use of JUUL and other newer devices, the researchers said in an article in the journal Tobacco Control. 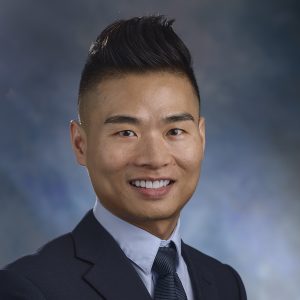 “Many teens and young adults who vape do not identify as smokers or e-cigarette users,” the researchers said. “Our analysis suggests that tobacco use surveillance systems should incorporate innovative methods (for example, social media and big data) to capture new and emerging tobacco products in a rapidly evolving market.”

Results of the study are published in an article titled “Vaping versus JUULing: how the extraordinary growth and marketing of JUUL transformed the U.S. retail e-cigarette market.” Dr. Jidong Huang, associate professor of health management and policy at Georgia State, is the lead author.

Though a recent report by the Centers for Disease Control and Prevention suggests e-cigarette use is declining in the United States, the new study found surging sales of JUUL could be masking the true number of people who are using novel nicotine delivery devices. The authors noted that JUUL is now the most popular e-cigarette brand in the U.S., accounting for more than half of the market share.

The researchers also found that the company behind JUUL slashed its spending on traditional ad campaigns in 2016, while ramping up social media efforts that relied on “artsy, professional-grade photographs to display its products and evoke lifestyle feelings such as relaxation, freedom and sex appeal.” JUUL has also benefited from social media campaigns by makers of accessories and other related products, as well as a willingness by many teens and young adults to share images and videos of themselves using the device.

Across the U.S., middle and high schools have struggled to stop the use of JUUL devices by students on campus and worry that young people may be getting addicted to nicotine. Unlike older versions of e-cigarettes, JUUL units are smaller and look like computer flash drives, making them easy to conceal.

Full version of the paper