Founded in 1924, Delta Omega honors excellence in research and scholarship among graduate students and professionals in the field of public health. The organization has over 100 active chapters throughout the United States and more than 20,000 members. The Omega chapter of Delta Omega was established at Milken Institute SPH in 1995 and has inducted over 500 members. Members of Delta Omega are committed to advancing and protecting the health of all people and excellence in the field of public health. For students, election to the society is based on outstanding scholarship. 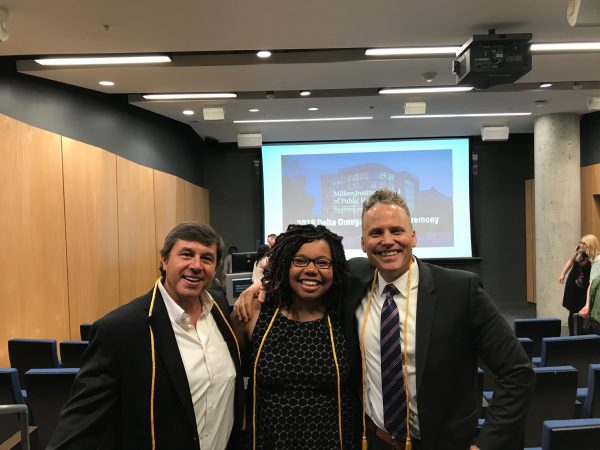 June 7, 2018 "UAlbany Study Takes One of the First Widespread Views of Eating Disorders in the United States Since Criteria Changed in 2013" June 7, 2018 "University at Buffalo Researcher Contributes to Global Report on Addiction"