The University of Iowa Water Plant was recently recognized by the U.S. Centers for Disease Control and Prevention and the American Dental Association for its contributions toward improving the health of the community through water fluoridation.

“This is a great accomplishment, to have reached 50 years of very well-controlled fluoridation at the University — it has helped more than a million people during that time,” says UI researcher Dr. Steven Levy, who leads the Iowa Fluoride Study (IFS) and Iowa Bone Development Study (IBDS), a long-term research study funded by the National Institute of Dental and Craniofacial Research. Dr. Levy also has an appointment in the department of epidemiology in the University of Iowa College of Public Health and is professor and associate director of the graduate program in the department of preventive and community dentistry.

”The addition of fluoride to drinking water is the most efficient and cost-effective way to prevent cavities for people of all ages drinking the water,” Dr. Levy says. “We are so fortunate here at the UI and in most of Iowa, including all of the major cities in the state, to have had long-standing water fluoridation programs.”

The UI Water Plant adds fluoride to the drinking water to bring the amount of this naturally occurring mineral up to the optimal level for cavity prevention. Public water fluoridation has been named one of 10 great public health achievements of the 20th century by the U.S. Centers for Disease Control and Prevention. 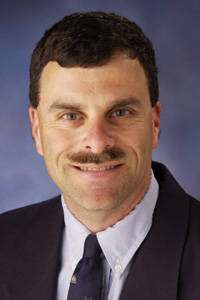