Iowa Study Finds Vaccine Effective in Treating Leishmaniasis in Dogs, could Reduce its Spread to Humans

A new study from the University of Iowa finds that a vaccine that effectively reduces the incidence of a parasitic disease in dogs might also help thousands of Iraq war veterans infected with the same disease. 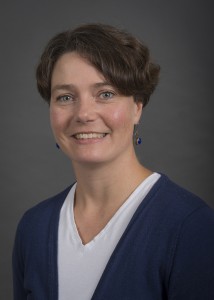 About 40,000 people in tropical and subtropical climates around the world, most of them in Pakistan, India, Bangladesh, Ethiopia, and Brazil, die every year from leishmaniasis. Most victims contract the disease from sand flies, which pick up the parasite from the skin of infected dogs and carry it to humans.

Fighting the disease takes a toll on the body, leaving the victim weakened and lethargic. Victims in regions where the disease is prevalent also often live in poverty, so symptoms are worsened by malnutrition and other illnesses. Left untreated, the parasite eventually leads to death by kidney failure in most dogs and 25 percent of humans.

Dr. Christine Petersen, associate professor of epidemiology in the University of Iowa College of Public Health and the study’s lead author, says that infected dogs are the main reservoir of the disease in humans, which is then transmitted via sand flies. She says if the disease can be controlled in dogs, then the rate of human infection can be reduced.

A vaccine commercially available in Brazil called LeishTec is prescribed frequently by veterinarians, but it had never been tested in clinical trials to see if it can fight disease that is already present.

The UI study, led by Dr. Petersen, was the first clinical trial for LeishTec in dogs. It found the drug is not only effective in preventing dogs from contracting leishmaniasis, it can help dogs already infected survive the disease.

“The vaccine can hold the parasite at bay until the dog’s immune response system can kill it,” says Dr. Petersen, who is also director of the College of Public Health’s Center for Emerging Infectious Diseases.

The researchers studied the effects of LeishTec on 400 dogs in eight U.S. states — Colorado, Georgia, Alabama, Illinois, Maryland, Missouri, and Virginia. Mostly foxhounds were involved in the study, but Dr. Petersen says some basset hounds also were involved to test the vaccine’s effects on dogs of different sizes.

The study found the vaccine was effective in preventing parasite-free dogs from becoming infected, with few adverse effects. More promising was that in dogs that already were infected, the vaccine kept the symptoms at bay so the dog was able to kill the parasite with its own immune system.

Dr. Peterson says the study suggests that a public health strategy to immunize dogs in regions where the disease is prevalent could significantly reduce human rates of infection and fatalities.

The study also could be used as a step toward clinical trials for human use of LeishTec, which would be especially beneficial for U.S. service members carrying the disease. Dr. Petersen says recent studies have shown that a significant number of returning Iraq war veterans were infected by sand flies in the desert. Though no exact number is known, the studies estimate anywhere between 5 and 20 percent of service members who served in Iraq have leishmaniasis.

She says those trials would take several years to design and complete.

The study, “Safety analysis of Leishmania vaccine used in a randomized canine vaccine/immunotherapy trial,” was published in the American Journal of Tropical Medicine & Hygiene.