Dr. Kathleen Winter, assistant professor of epidemiology at the University of Kentucky College of Public Health, is the lead author of a new publication examining two pertussis outbreaks that occurred in 2010 and 2014, both in California. Winter worked with co-authors from the California Department of Public Health on the paper, which appears in The Pediatric Infectious Disease Journal. 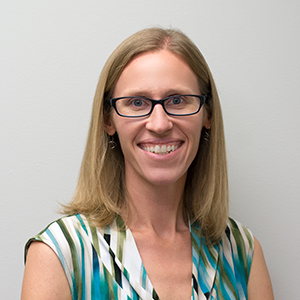 California experienced pertussis epidemics in 2010 and 2014, with more than 9,000 and 11,000 reported cases, respectively. Using an ecologic study design, investigators compared age-specific pertussis incidence for persons ≤20 years of age in California in 2010 and 2014 to describe any changes in disease burden that may be attributable to changes in pertussis vaccination policy that occurred during inter-epidemic years.

The investigators evaluated California pertussis surveillance data for reported pertussis cases 20 years of age and younger with disease onset from January 1, 2010 – December 31, 2010 or January 1, 2014 – December 31, 2014. Age-specific pertussis rates were calculated for each of the epidemic years. Characteristics of each age group were compared across epidemic years and age-specific rate ratios (RRs) and associated 95 percent confidence intervals (CIs) were calculated.

A 58 percent (53 percent – 63 percent) reduction in pertussis incidence among infants <6 months of age in 2014 following the routine prenatal Tdap vaccination recommendation, suggested that an increase in prenatal Tdap coverage has been having some impact on infant pertussis. The excess number of cases observed in 2014 compared with 2010 occurred almost exclusively among the 12 – 17 year-old age group. Among older children, the peak age of pertussis is shifting, consistent with aging of the acellular pertussis vaccine cohort.