Kentucky: Surging Gabapentin Use, and the Relationship to Opioid Overdose Fatalities

How might a widely-prescribed nerve pain medication be contributing to the epidemic of opioid-related deaths? A new multi-site study and resulting publication by lead author Dr. Svetla Slavova, of the University of Kentucky College of Public Health and the Kentucky Injury Prevention and Research Center (a bona fide agent of the Kentucky Department for Public Health) is intended to raise awareness among public health and safety professionals in the U.S. and other countries about the possible intentional use and misuse of gabapentin in populations with substance use disorders, and to highlight the need to monitor the involvement of gabapentin in drug overdose deaths. The publication, “Prevalence of gabapentin in drug overdose postmortem toxicology testing results,” appears in the journal Drug and Alcohol Dependence. Dr. Terry Bunn, KIPRC director, is a co-author on the publication. 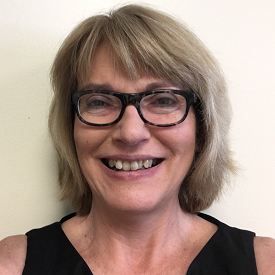 Because gabapentin use is so widespread, it often appears in the toxicology screens of those who die of opioid overdoses, but the relation between gabapentin use and opioids is unclear. Past research has found that moderate or high doses of gabapentin increased the odds of a fatal opioid overdose by 60 percent compared to those without concomitant gabapentin and opioid use. A previous systematic review of gabapentin misuse, abuse, and diversion found evidence that suggested gabapentin was misused intentionally, especially among individuals with a known history of drug abuse.

The goal of the study was to establish and compare baseline data on the prevalence of gabapentin identified through postmortem toxicology testing among drug overdose decedents in several geographically diverse states or jurisdictions with differing levels of drug overdose fatality burdens in 2015.

The authors conclude that routine gabapentin postmortem testing and linking of data from death certificates, medical examiners, coroners, toxicology, and prescription history will provide more reliable information on the extent of gabapentin misuse, diversion, and implications for clinical care.