Kentucky: What is the Relationship between in Utero Opiate Exposure and Brain-Derived Neurotrophic Growth Factor in Infants?

Brain-derived neurotrophic factor (BDNF) is a type of growth factor that promotes growth and survival of neurons. Fetal exposure to opiates can lead to postnatal withdrawal syndrome, which is referred as neonatal abstinence syndrome (NAS). Preclinical and clinical studies have shown an association between opiates exposure and alteration in BDNF expression in the brain and serum levels in adult. However, to date, there are no data available on the effects of opiate exposure on BDNF levels in infants who are exposed to opiates in utero and whether BDNF level may correlate with the severity of NAS. 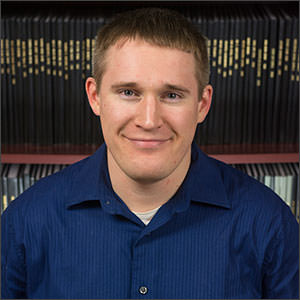 Seeking to fill this gap in available data, Dr. Philip Westgate associate professor of biostatistics in the University of Kentucky College of Public Health, collaborated with clinical colleagues in UK HealthCare on the publication “Plasma Brain-Derived Neurotrophic Factor Levels in Newborn Infants with Neonatal Abstinence Syndrome”, which appears in the November 3 issue of Frontiers in Pediatrics.

Investigators set out to compare plasma BDNF levels among NAS and non-NAS infants and to determine the correlation of BDNF levels and the severity of NAS. The study was designed as a prospective cohort study with no intervention involved. Infants ≥35 weeks of gestation were enrolled. BDNF level was measured using enzyme-linked immunosorbent assay technique from blood samples drawn within 48 hours of life. The severity of NAS was determined by the length of hospital stay, number of medications required to treat NAS.

The investigators concluded that plasma BDNF level was significantly increased in NAS infants during the first 48 hours when compared to non-NAS infants. The correlations between plasma BDNF levels and the severity of NAS warrant further study. These results suggest that BDNF may play a neuro-modulatory role during withdrawal after in utero opiate exposure.