LSU Effect of Cultural, Folk, and Religious Beliefs and Practices on Delays in Diagnosis of Ovarian Cancer in African American Women

Certain cultural, folk, and religious beliefs that are more common among African Americans (AAs) have been associated with later-stage breast cancer. It is unknown if these beliefs are similarly associated with delays in diagnosis of ovarian cancer.

Dr. Edward S. Peters, professor and chair of the Louisiana State University Health Sciences Center School of Public Health’s epidemiology program and an epidemiologist with the Louisiana Tumor Registry relates how data from a multicenter case-control study of ovarian cancer in AA women were used to examine associations between cultural/folk beliefs and religious practices and stage at diagnosis and symptom duration before diagnosis. Associations between cultural/folk beliefs or religious practices and stage at diagnosis were assessed with logistic regression analyses and associations with symptom duration with linear regression analyses. 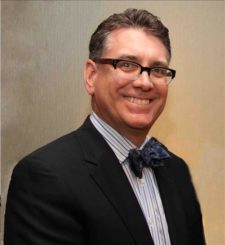 Dr. Peters and a team of Investigators found high levels of religiosity/spirituality were associated with a twofold increase in the odds of stage III–IV ovarian cancer, whereas agreement with the cultural/folk belief statements was not associated with stage. Symptom duration before diagnosis was not consistently associated with cultural/folk beliefs or religiosity/spirituality.  Women who reported stronger religious beliefs or practices had increased odds of higher stage ovarian cancer. Over all, their findings suggest opportunities for health education interventions, especially working with churches, and improved doctor-patient communication.