University of Maryland Professor Emeritus Dr. Robin Sawyer died on Jan. 21 in Charleston, SC, following a year-long battle with pancreatic cancer. The University of Maryland (UMD) community will celebrate his life and legacy at a memorial service Friday, February 1 at 1:00 p.m. in the Memorial Chapel on the College Park campus.

Dr. Sawyer, who taught tens of thousands of students in his popular human sexuality course over the years, was known for his quick wit and compassion. UMD alumni from several generations recognize him as one of their most important mentors and favorite professors. 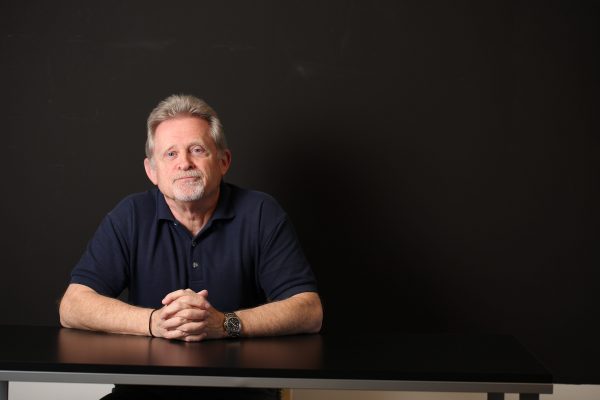 He wrote and produced five films on topics related to sexual health and relationships that garnered fourteen international and national film awards and have been used on over 150 college campuses around the country. His commitment to raising awareness about difficult topics, and using humor to disarm often embarrassed or uncomfortable students, made him a national pioneer among sexual health educators.

He developed a sexual assault/date rape awareness program specifically for student athletes and worked closely with the NCAA on this issue. Dr. Sawyer’s teaching techniques and role in bringing once-taboo topics such as date rape, contraception and sexually transmitted diseases into the open gained national attention in the Washington Post, NY Times and through appearances on the Today Show, the Tyra Banks show, and as a consultant for MTV.

As one of the faculty members who was involved in the development and launch of the University of Maryland’s School of Public Health in 2007, Dr. Sawyer set a high standard for innovation in curriculum development, teaching excellence and in the mentoring and advising of undergraduate and graduate students.

“Robin always had a very keen practical sense of how programs and courses would fit together and helped us iron out some of the wrinkles when we first formed as a School of Public Health,” recalls professor Dr. Kenneth Beck, a long time behavioral and community health colleague of Dr. Sawyer’s who also served as his doctoral advisor. “He had the best sense of humor of anyone I have ever met. It was very irreverent and cheeky. This humor helped defuse tension and conflict between colleagues at times.”

Some comments from his former students also testify to his profound influence:

Dr. Sawyer was also known for his commitment to his tight-knit family, including his wife Ms. Anne Anderson-Sawyer, a retired faculty member from the School of Public Health, and his four daughters. His passion for soccer was also an important part of his life, and he will be remembered as a revered teacher, coach and mentor.

Read more about Dr. Sawyer’s life and legacy in this obituary.

A brief coffee reception will follow in the Colony Ballroom in the Stamp Student Union.

In lieu of flowers, donations may be made to the American Cancer Society’s Hope Lodge.