At the National Academy of Medicine’s Annual Meeting, it was announced that the University of Maryland – Baltimore team won the sixth annual DC Public Health Case Challenge. This contest aims to promote interdisciplinary, problem-based learning around a public health issue that is of importance to the Washington DC community. This year’s challenge topic was “Reducing Disparities in Cancer and Chronic Disease: Preventing Tobacco Use in African American Adolescents.” The teams were from DC area universities and were composed of four to six members from at least three disciplines. Each team had two weeks to develop a solution to this complex problem with a hypothetical $2.5 million budget to be used during a five-year span. The teams were evaluated on the interdisciplinary nature of their responses, feasibility of implementation, creativity and practicality. 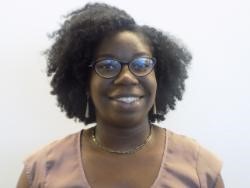