Minnesota: Mesothelioma in Taconite Workers Most Likely Due to Asbestos

In the late 1990s, miners in Minnesota’s taconite iron ore mining industry began experiencing an unusual uptick in cases of a rare and fatal cancer called mesothelioma. To date, more than 100 cases of mesothelioma have been identified in Minnesota miners. Health officials have long wondered whether the cancers were caused by miners breathing in a certain type of mineral fiber found in the rock. These fibers are short and wide and called non-asbestiform amphibole elongate mineral particles (EMPs).

Lead researcher on the University of Minnesota Taconite Workers Health Study and University of Minnesota School of Public Health Emeritus Professor, Dr. Jeffrey Mandel, thinks the most likely source for the mesothelioma cases is a different form of EMP, a longer and thinner type that has been linked to mesothelioma, lung cancer, and lung scarring. This type is referred to as asbestiform EMP — commonly called asbestos — and has been regulated by the federal government since the mid-1970s.

“Like many other industries, these mines used asbestiform EMPs in the 1950s, 60s and early 70s, primarily as insulators,” said Dr. Mandel. “We think the most likely scenario is that the mesotheliomas we’re seeing more recently were caused by workers inhaling asbestos particles at work in these early days of the industry.” 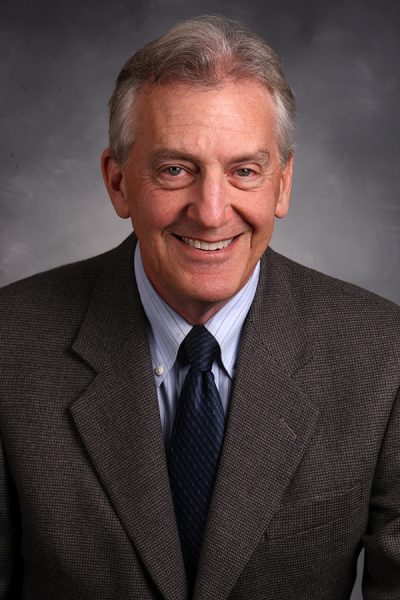 Dr. Mandel co-authored a paper on the topic that recently appeared in the journal Toxicology and Applied Pharmacology and was published in a special issue dedicated to The Monticello Conference on Elongated Mineral Particles.

As part of the publication, Dr. Mandel looked at an array of studies done by the school that examined the causes of lung diseases in Minnesota miners. In some of these studies, although mesothelioma in taconite miners was linked to EMP exposure, the way EMP exposure measurements were done (the same way that regulators measure EMPs) couldn’t distinguish between the asbestiform and non-asbestiform types. Consequently, a definitive statement concerning the role of non-asbestiform EMPs in the mesothelioma cases couldn’t be made.

However, Dr. Mandel and colleagues also assessed the incidence of mesotheliomas and lung cancer in gold mining in South Dakota and talc mining in the eastern United States, which expose workers to the same non-asbestiform EMPs found in Minnesota’s taconite mines.

“We found that mesothelioma and lung cancer are almost non-existent in workers in those industries,” said Dr. Mandel.

In addition, comprehensive reviews of non-asbestiform EMPs in animal toxicology studies suggest that their ability to produce disease is markedly less than the longer, thinner asbestiform types of EMP. In consideration of the totality of scientific information, Dr. Mandel thinks that the most likely explanation of taconite worker mesothelioma excess is previous exposure to asbestiform EMPs in the mining facilities.

The School of Public Health is continuing research to characterize and understand how EMPs affect the body. Information from this research will be useful for industry, regulators, and health officials.