More than one-third of American adults have obesity, which is often related to low physical activity and unhealthy eating habits. Poor physical activity and diet are also implicated in the development of serious chronic illnesses, such as heart disease and some forms of cancer. Now, University of Minnesota School of Public Health (SPH) research reveals one path to preventing those conditions may be through yoga, which a new study shows is linked to healthy activity levels and eating in young adults.

“These results are very encouraging,” said the study’s lead author and SPH researcher Dr. Allison Watts. “We need more ways to help young adults eat healthfully and be physically active because it can help prevent weight gain and have important health benefits.”

The study was published in International Journal of Behavioral Nutrition and Physical Activity. 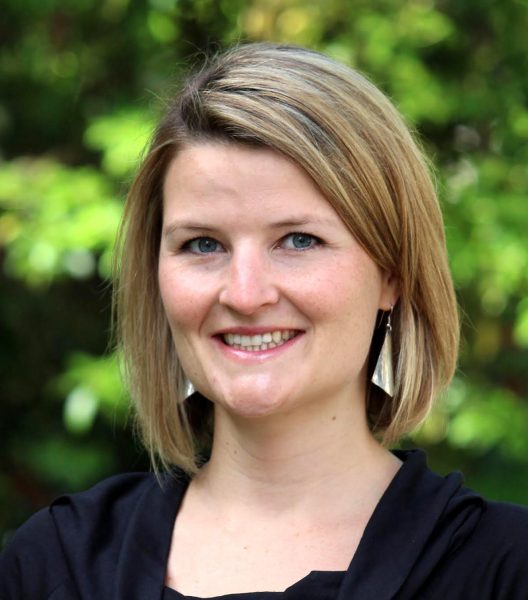 Dr. Watts said she and her colleagues became curious about the potential of yoga, in part, due to its gaining popularity in the U.S. and because it’s an activity that incorporates physical movement as well as greater self-awareness and mindfulness, which may promote healthy eating.

Dr. Watts found the link between yoga and more positive activity and eating habits when she analyzed survey data from Project EAT — a study of of more than 1,800 young adults that included questions about their dietary, activity, and yoga habits — and conducted in-depth interviews with 46 of the young adults who reported a regular yoga practice on their survey to learn more about their experiences with yoga.

“Those in a regular yoga practice said they eat more fruits and vegetables, fewer sugar-sweetened beverages, fewer snack foods, eat out at fast food restaurants less often, and have higher levels of high intensity physical activity than those who don’t practice regularly or at all,” said Dr. Watts. “Many of the interviewed young adults felt that yoga increased their motivation to pick healthy foods, helped them to be more mindful while eating, reduced food cravings, and that they received social support from their yoga community to eat healthfully.”

Some respondents also reported that employing yoga as a form of physical activity helped develop their confidence and strengthened their bodies so that they could participate in other sports or fitness activities.

According to Dr. Watts, the results should spur public health professionals developing interventions for promoting healthy lifestyle behaviors and weights in young adults to look further into the possible benefits of yoga.

“This study was very preliminary in nature, but suggests yoga has potential for supporting young adult health,” said Dr. Watts. “To know for sure, yoga programs need to be tested to see if they actually change eating and activity behaviors over time, and to determine the ideal components of a yoga program that are most enjoyable for people and effective at supporting healthy behaviors. If yoga can have a positive influence on these behaviors, then it will be another tool in the public health toolkit that can be used to improve the well-being of young adults.”