A University of North Texas Health Science Center (UNTHSC) School of Public Health  student has developed a sustainable infection control and infectious waste management program for Phebe Hospital in Liberia, where one of the first known cases of Ebola virus in Liberia was diagnosed in 2014. 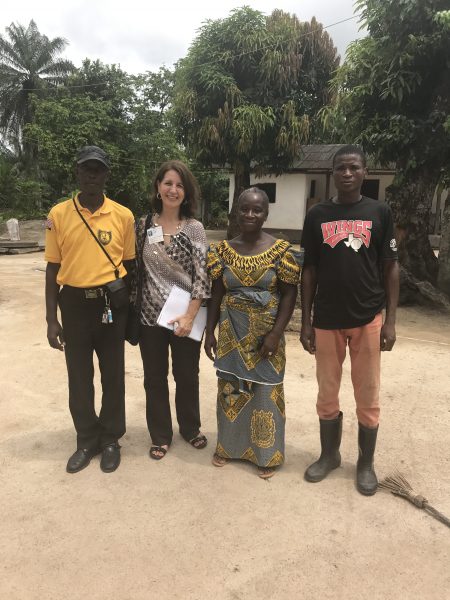 DrPH candidate Ms. Laura Phipps, who graduates in May from the UNTHSC School of Public Health, traveled to Liberia as part of her major doctoral project, which included researching international guidelines for waste management systems in low-resource settings, constructing an assessment survey, collecting data through personal interviews and observation, developing written policies and proce dures, and designing training programs for Phebe staff on appropriate waste management and infection control practices.

Ms. Phipps presented the first trainings on site for housekeeping and nursing staff, then developed a health care waste management plan and annotated training presentations for the hospital to continue the program on its own, updating as needed and ensuring that all new staff are oriented to the program as they are hired.

“When the Ebola outbreak brought international attention to Liberia and the Liberian health care system, agencies like the World Health Organization and Centers for Disease Control and Prevention sent teams to Phebe Hospital to establish response systems that are still in place today. But over time, with staff changes and resources that are severely stretched, adherence to the systems decreased,” she said. 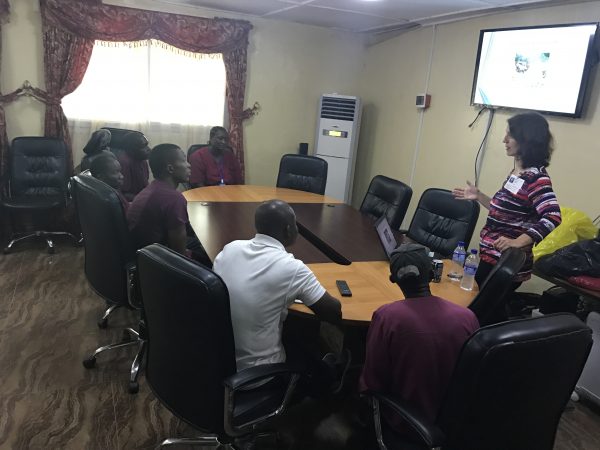 “Phebe is one of Liberia’s oldest medical centers, and as part of the region’s county health system, is considered as a Level 2, mid-level hospital,” Ms. Phipps said. “Approximately 100-150 outpatients are seen each weekday, with 75 to 100 patients typically treated each day in the emergency room. The Phebe Hospital and School of Nursing compound is the site of not only the County Health Team, but also additional government and private health agencies and non-governmental organizations, making Phebe a vital part of Liberia’s health care delivery system, and making it crucial for the hospital to consistently follow a standardized protocol for infection control and safe waste management.”

“Liberia is now calling for hospitals to have standardized policies in writing for waste management, so it’s possible that the Phebe plan could be used as a template for other health care facilities in the region,” she said.

Ms. Phipps’ interest in global public health sparked an earlier trip to Haiti, where she gained prior experience working with mobile clinic services in remote, underserved villages and provided maternal health trainings, in addition to conducting a community needs assessment to help inform future health care aid and initiatives for these populations.

“My experiences in Haiti helped me prepare for Liberia and really opened my eyes to the health and social issues in developing countries,” Ms. Phipps said. “What struck me as most significant was the resilience of both countries. They are among the poorest areas of the world, yet the people are remarkable in their ability to stay strong through difficulty and challenge. The value of going overseas and working in these countries is about being able to help, and it is life changing in the deeper understanding and concern that you gain by connecting with these people, seeing their lives and learning what they face in the context of health and survival.”