Among patients with stage III colon cancer, people who regularly ate nuts experienced significantly lower rates of cancer recurrence and death, according to a new study published in the Journal of Clinical Oncology.

The study was co-authored by Dr. Al B. Benson III, professor of medicine in the division of hematology and oncology and associate director for cooperative groups at the Robert H. Lurie Comprehensive Cancer Center of Northwestern University. 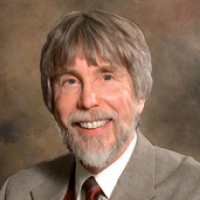 Colorectal cancer, a collective term for cancer that begins in either the colon or rectum, is the third most-common form of cancer in the United States. Although mortality has been slowly declining over the last few decades, colorectal cancer remains a leading cause of cancer death.

Previously, studies had suggested that certain diet and lifestyle factors associated with excess energy balance — such as obesity, a Western-style diet and a high intake of sugar-sweetened beverages — might increase the risk of cancer recurrence and death among patients with colon cancer. Furthermore, studies had also suggested an association between increased nut consumption and a lower risk of insulin resistance, type-two diabetes and metabolic syndrome.

But it was not known what effect nut consumption might have on colon cancer recurrence and survival.

In the current study, the team of investigators followed 826 patients with stage III colon cancer who had been enrolled in a clinical trial for a median of 6.5 years after treatment. The patients reported their dietary intake on food frequency questionnaires.

Upon further analysis, the investigators also found that the benefit was limited to tree nuts, such as almonds, hazelnuts, pecans and walnuts; there was no significant association with peanuts, which are a legume.

The authors note that although the study does not establish causality — it’s not yet clear why nuts are associated with better outcomes — the findings lend support to the importance of the role of diet and lifestyle in colon cancer patients.