In a surprising finding, black and white people have the same risk of developing diabetes when all biological factors for the disease are considered over time, reports a large new Northwestern Medicine study published in JAMA. 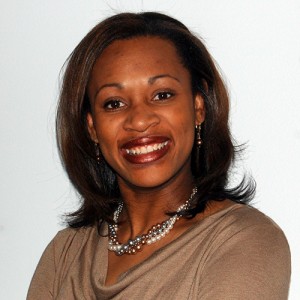 The finding flips long-held beliefs that there is an unexplained or genetic reason why black adults have double the rate of diabetes compared to white adults by midlife, which is considered early onset.

“Obesity is driving these differences,” said senior study author Dr. Mercedes Carnethon, vice chair of Preventive Medicine. “The findings surprised us, because for the past 20 years there was a narrative that there must be something we haven’t found that was causing this higher rate.”

Previous studies have found higher rates of diabetes in black people are still present even when risk factors for diabetes such as obesity and lower socioeconomic status are taken into account.

But this study, for the first time, identified a combination of modifiable risk factors over time — body mass index, fat around the abdomen, fasting glucose levels, lipids, blood pressure and lung function — that drive the higher rate of diabetes. When all of these were factored out, there were no disparities between black and white men or women.

Before the authors accounted for the differences in risk factors, black women had nearly three times the risk for developing diabetes as white women.

“Blacks gained more weight over time,” said Dr. Carnethon, also chief of epidemiology in the Department of Preventive Medicine. “It was the accumulation of this and other risk factors that eliminated the so-called mysterious cause of the disparity.”

In previous studies, investigators measured such health behaviors as obesity, physical activity and diet once during their study participants’ lives. But these factors can change over time, and how much they change may be different in each race group. For example, a white woman and a black woman may be the same weight at age 35 — but if that black woman gains more weight over the next 15 years, her risk for developing diabetes goes up. The current study measured these changes in her weight over time, along with changes in other related health behaviors and health risk factors. When scientists accounted for these changes in risk factors for diabetes, they did not observe race differences in the development of diabetes.

There is no easy fix for the problem, which is driven by a combination of biological, neighborhood, psychosocial, socioeconomic and behavioral factors, the authors said.

“To eliminate the higher rate of diabetes, everybody needs to have access to healthy foods, safe spaces for physical activity and equal economic opportunity to have enough money to afford these things and live in communities that offer this,” said lead study author Dr. Michael Bancks, a postdoctoral fellow in Preventive Medicine at Northwestern Feinberg School of Medicine.

Changing risk behaviors in childhood and adolescence is key because that’s when risky health behaviors develop and damage begins to accumulate, Bancks said.

These findings are part of the observational cohort Coronary Artery Risk Development in Young Adults (CARDIA) Study. CARDIA was started in 1985 to 1986, enrolling 5,115 black and white men and women who were 18 to 30 years of age from Birmingham, Alabama; Oakland, California; Minneapolis and Chicago.

The Northwestern study sample included 4,251 individuals from the original study. Individuals were followed through 2015 to 2016 for the development of diabetes, which was assessed at eight follow-up examinations over these 30 years using standard diagnostic criteria for diabetes.

“If we could wave a magic wand and get rid of risk factors, then we could eliminate the disparity,” Dr. Carnethon said. “But we can’t do that. Still, we now know there is no mystery to these higher rates. Our efforts to control the traditional risk factors can work to reduce the disparities we observe in diabetes incidence.”

Dr. Kiarri Kershaw, assistant professor of Preventive Medicine in the Division of Epidemiology, was a co-author of the paper.