For the first time, scientists have measured the stress levels of fathers of premature babies during the tense transition between the Neonatal Intensive Care Unit (NICU) and home and discovered fathers are more stressed than moms, according to a new Northwestern Medicine study. 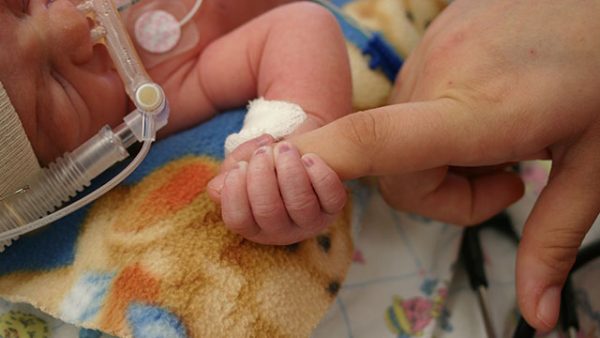 Fathers and mothers of these very low birth weight babies had high levels of the stress hormone cortisol in their saliva prior to being discharged. But the fathers experienced an increase in their stress levels as measured several times over the next 14 days at home while the mothers’ stress levels stayed constant.

“Dad goes from a situation where the baby and mom are cared for by experts in the hospital to having to simultaneously care for his baby, partner and work. He is supposed to be the ‘rock’ for his partner but the stress can really set in,” said lead author Dr. Craig Garfield, associate professor of pediatrics and of medical social sciences at Northwestern University Feinberg School of Medicine. Dr. Craig is also a member of Northwestern’s Institute for Public Health and Medicine (IPHAM).

The study was published Dec. 1 in the Journal of Perinatal and Neonatal Nursing.

Dr. Garfield and his team measured the parents’ stress levels in two ways: salivary tests that measure cortisol levels and paper surveys. They tested the participants the day before they were discharged from the hospital, then one day, five days and 14 days after coming home.

“One day of being stressed at home is not a big deal,” said Dr. Garfield, who also is an attending pediatrician at Ann & Robert H. Lurie Children’s Hospital of Chicago. “But if their levels are still high after two weeks, that’s more concerning.”

During the 14 days after arriving home, the fathers’ cortisol levels steadily increased while the mothers’ stress levels returned to “pretty much back to where they started,” Dr. Garfield said.

Interestingly, the fathers’ stress levels based on salivary test results were higher than they reported feeling in the survey. This could indicate that the fathers weren’t in touch with how stressed they really were, Dr. Garfield said.

To help relieve fathers’ stress and ease the transition, Dr. Garfield recommends parents place more emphasis on the dad becoming comfortable and gaining confidence with the baby while still in the NICU.  Moms need to remember that dads need time to relax, too, Dr. Garfield said.

“Dads should be telling the mom to go take a walk, take a shower, see a friend,” Dr. Garfield said. “But moms can also say, ‘Why don’t you go to the gym, see your friends, meet someone after work?’ as ways to reduce some of the stress.”

“Babies thrive when parents thrive, and if parents are stressed out, that can impact their parenting of the child, the relationship between the mom and dad and can alter infant attachment,” he said. “This all is just much more pronounced with medically vulnerable babies leaving the NICU and going home with mom and dad.”

“While finally bringing a baby home is really wonderful, it can also be stressful because of sleep deprivation, the lack of control and having to respond constantly to the baby’s needs,” Dr. Garfield said.

The study was funded by the Agency for Health Research and Quality grant number #R21 HS20316 .