A synthetic cannabis-like drug in a pill was safe and effective in treating obstructive sleep apnea in the first large multi-site study of a drug for apnea funded by the National Institutes of Health. The study was conducted at Northwestern Medicine and the University of Illinois at Chicago (UIC). 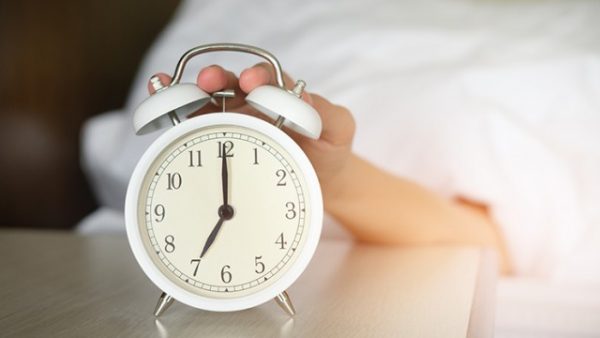 There is currently no drug treatment for sleep apnea, a sleep breathing disorder affecting about 30 million individuals in the United States. In sleep apnea, breathing is interrupted, and these pauses can last from a few seconds to minutes and may occur 30 times or more an hour. Untreated apnea raises the risk of heart disease, diabetes, sleepiness, cognitive impairment and a motor vehicle accident.

Participants in the trial had reduced apnea and decreased subjective sleepiness.

The common treatment for sleep apnea is a CPAP (Continuous Positive Airway Pressure) device that delivers air (acting like an air splint) to prevent collapse of the airway and breathing pauses. But adherence to the device can be challenging for many patients, some who simply stop using it.

Researchers investigated the effect of dronabinol, a synthetic version of the molecule Delta-9 THC (tetrahydrocannabinol), which is in cannabis, on sleep apnea in a Phase 2 trial. The trial was the largest and longest randomized, controlled trial to test a drug treatment for sleep apnea.

Dronabinol was approved by the Food and Drug Administration more than 25 years ago to treat nausea and vomiting in chemotherapy patients.

The drug treatment was a new approach in that it targeted the brain rather than the physical problem of collapsing airways. This reflects the new belief that sleep apnea is not just a physical problem but may be caused by multiple factors. One of those is poor regulation of the upper airway muscles by the brain, said co-lead author Dr. Phyllis Zee.

Dr. Zee is the Benjamin and Virginia T. Boshes Professor of Neurology at Northwestern University Feinberg School of Medicine and director of the Northwestern Medicine Sleep Disorders Center. She is also a member of Northwestern’s Institute for Public Health and Medicine (IPHAM).

“The CPAP device targets the physical problem but not the cause,” Dr. Zee said. “The drug targets the brain and nerves that regulate the upper airway muscles. It alters the neurotransmitters from the brain that communicate with the muscles. Better understanding of this will help us develop more effective and personalized treatments for sleep apnea.”

While CPAP is highly effective, some patients simply refuse to use the machine. Even people who want to use it often only stick with it for about four hours a night, on average, Dr. Carley said.

“So the best they can get is a roughly 50 percent improvement in their apnea,” Dr. Carley said. “When people take a pill to treat apnea, they are treated for the entire night.”

The final version of the paper was published Dec. 5 in the journal SLEEP.