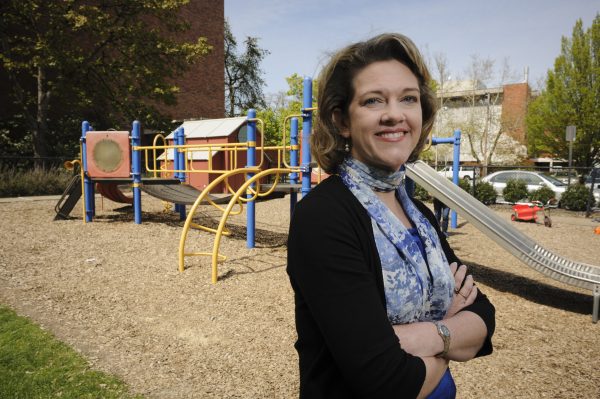 Self-regulation skills – the skills that help children pay attention, follow directions, stay on task and persist through difficulty – are critical to a child’s success in kindergarten and beyond. The intervention, co-developed and tested by OSU’s Dr. Megan McClelland, a nationally-recognized expert in child development, uses music and games to help preschoolers learn and practice self-regulation skills.

The intervention was added to a three-week summer school readiness program at a large school district on the East Coast for children entering kindergarten that had no prior preschool experience. The school district asked Dr. McClelland and her colleagues to evaluate their use of the intervention. It was the first opportunity for researchers to evaluate the program’s effectiveness in a “real-world” setting, where teachers, rather than researchers, led the students through self-regulation games.

The researchers found that use of these games daily for three weeks improved the children’s self-regulation skills. They also found that the children’s broader school readiness skills, including early math and literacy skills, improved as a result of the intervention and the children saw greater-than-expected growth in the months following the program.

“It was a test to see if the results of this intervention look similar in a less-controlled environment, and it appears that they do,” said Dr. McClelland, the Katherine E. Smith Healthy Children and Families Professor in the Oregon State University College of Public Health and Human Sciences. “It helps demonstrate the feasibility and scalability of this kind of program.”

The findings add to Dr. McClelland’s growing body of research demonstrating the value of teaching self-regulation skills to children entering kindergarten, particularly those who are at higher risk of struggling academically in school and opens the door for the intervention to be used more widely by teachers and schools.

The evaluation of the school district program was published recently in the journal Early Childhood Research Quarterly. Co-authors are Dr. Robert J. Duncan and Dr. Sara A. Schmitt of Purdue University and Maura Burke of Fairfax County Public Schools. Dr. Duncan and Dr. Schmitt both earned their doctorates at OSU.

The school district added the self-regulation intervention at some schools participating in a summer “Bridge to Kindergarten” in 2013. It was also offered in 2014 and 2015. Researchers evaluated data from about 150 children from each year.

“The school district wanted an explicit focus on self-regulation in this program designed to get children ready for kindergarten,” Dr. McClelland said.

Teachers were trained to lead the children through the intervention, which uses movement and music-based games that increase in complexity over time and encourage the practice of self-regulation skills. The games require few materials and the children can help make the props as part of their lessons.

One game is “Red Light, Purple Light,” which is similar to “Red Light, Green Light.” The instructor acts as a stoplight and holds up construction-paper circles to represent stop and go. Children follow color cues, such as purple is stop and orange is go, and then switch to the opposite, where purple is go and orange is stop.

Additional rules are added later to increase the complexity of the game. The game requires children to listen and remember instructions, pay attention to the adult leading the game and resist natural inclinations to stop or go.

“The findings from this evaluation support our previous randomized controlled studies of this program, which is a promising sign that the intervention will also be effective in practical applications,” Dr. McClelland said. “If we can make the program more accessible to schools and teachers, and still ensure quality, it becomes more feasible to share it more widely.”