Social policies enacted in the United States during the Great Recession appear to have kept child poverty rates stable during a critical period when such programs were most needed because of a struggling economy, an Oregon State University researcher has found in a new study. 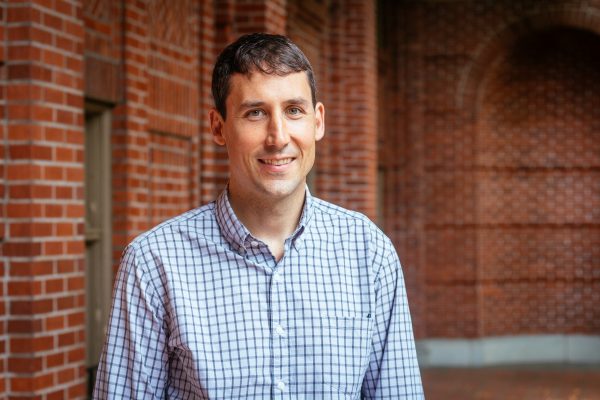 “If nothing had been done during these years, poverty would have increased a lot because wages were down so much during that time,” Dr. Rothwell said. “These policies offset what otherwise would likely have been a five percent increase in child poverty rates during that period.”

The findings were published in the latest issue of the Journal of Marriage and Family. The study’s co-author is Dr. Annie McEwen of Carleton University in Ottawa, Ontario, Canada.

Dr. Rothwell studies poverty and its impact on families and children. Experiencing poverty in childhood can have lifetime impacts for those children; past research has shown that children who grow up in poverty are more likely to struggle in school, earn less money throughout life; and experience family instability as adults.

“There are long-term economic benefits to investing in economic security for families with young children,” Dr. Rothwell said.

The goal of the most recent study was to better understand how public policy efforts impacted poverty rates during the recession, specifically for children living in unmarried households, where the head of the household is not married. Children in these unmarried households are at a greater risk of poverty, and that risk increases during times of economic turmoil.

In addition, the number of children living in unmarried households has risen dramatically over the last few decades, but many common social welfare policies were developed as part of the New Deal in response to the Great Depression in the 1930s or in the 1960s as part of the Great Society, when most children lived in married families.

“Family life has changed so much. We wanted to better understand how different policies affect different types of family households,” Dr. Rothwell said. “It’s also important for policymakers to understand how our existing social welfare programs are affecting today’s families. The safety net is really thin.”

Changes in income accounted for the decline in Canada and the increases in Australia and Ireland. In contrast, changes to the social safety net offset a potential increase in poverty in the United States and were associated with poverty reductions in the United Kingdom.

The findings indicate that existing or enhanced social welfare programs such as the American Recovery and Reinvestment Act of 2009 were able to offset impacts of wage declines during that period in the U.S., and policies had a similar effect in the United Kingdom. Though it is difficult to make comparisons from country to country, because each country experienced the recession differently, the findings highlight how investments in social welfare programs during that period affected child poverty rates in each country, Dr. Rothwell said.

“This cross-national research helps us understand the magnitude of the role policy plays in protecting children and families most at risk,” he said. “The U.S was hit hard by the recession, but the social welfare policies used during those years were effective in halting what would’ve been a troubling increase in child poverty.”

Further research is needed to understand how the post-recession recovery has affected poverty rates. Some countries, including the U.S., have since scaled back their recession-era social welfare programs or let short-term programs expire, Dr. Rothwell said. Researchers also would like to better understand which social programs – welfare, food assistance, tax credits or other benefits – had the most impact on families.

During the most recent recession, the social welfare system lifted many vulnerable families above poverty. To reduce poverty in the long run, it’s important to make sure families are accessing eligible benefits and to consider increasing the adequacy of existing programs, Dr. Rothwell said.