People taking a new oral medication for Type 2 diabetes can breathe a sigh of relief concerning suspicions they might be at an increased risk for many types of cancer, according to an analysis conducted by researchers from the Indiana University Melvin and Bren Simon Cancer Center and the Indiana University Richard M. Fairbanks School of Public Health – Indianapolis. 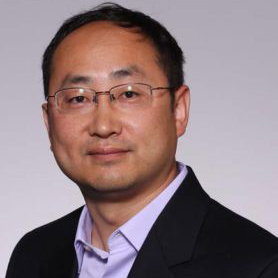 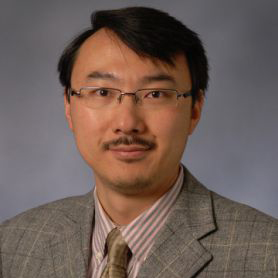 A review of 46 clinical trials involving more than 34,000 patients and published in the July online issue of the journal Diabetologia showed no increased risk of developing most forms of cancer for individuals taking sodium-glucose cotransporter 2 (SGLT2) inhibitors. The article is the first meta-analysis looking at the risk associated with SGLT2 and cancer using multiple resources including all available randomized clinical trials, multiple subgroup analyses, as well as meta-regression and sensitivity analyses.

“It is important to note that the evidence from our meta-analysis of available randomized clinical trial data is suggestive of, but not conclusive for, the potential impact by SGLT2 inhibitor use on cancer risk,” said co-author Dr. Yiqing Song, professor of epidemiology at the Fairbanks School of Public Health and a researcher at the IU Simon Cancer Center. “Given rapidly increasing use of SGLT2 inhibitors, it is our hope that long-term safety of its use be carefully monitored in future clinical trials and real-world settings.”

SGLT2 inhibitors are a class of prescription oral medications approved by the FDA in 2013 to be used in combination with diet and exercise to lower blood sugar in adults with type 2 diabetes. SGLT2 is a protein found in the kidney that helps the body reabsorb glucose. SGLT2 inhibitors specifically block that process, resulting in increased renal glucose excretion and decreased levels of blood glucose.

A growing body of evidence suggests that people with Type 2 diabetes are at elevated risk for cancer. Although all the mechanisms at play for this elevated risk are unknown, physicians do know that several glucose-lowering drugs have the potential to affect cancer risk, according to the study’s co-author Dr. Jiali Han, professor and chair of the department of epidemiology at the Fairbanks School of Public Health and the Rachel Cecile Efroymson Professor of Cancer Research at the IU Simon Cancer Center.

“Metformin therapy has been shown to decrease the risk of cancer while other drugs may increase the risk of specific cancers,” Dr. Han said. “For instance, in 2011 a federal report raised concerns about the risk of bladder and breast cancer associated with dapagliflozin, but a later analysis of 21 clinical trials suggested it was more likely the increased incidence was due to under-diagnosis prior to patients being randomized to the trial.”

Dr. Han said the study provides the latest evidence about the association between use of SGLT2 inhibitors and risk of cancer and will help physicians and patients to better understand the risk when choosing these drugs. However, due to the relatively short term of randomized trials, the study requires further long-term studies.