Smallpox was declared eradicated in 1980, but variola virus (VARV), which causes smallpox, still exists. There is no known effective treatment for smallpox; therefore, tecovirimat is being developed as an oral smallpox therapy. Because clinical trials in a context of natural disease are not possible, an alternative developmental path to evaluate efficacy and safety was needed. SIGA Technologies, Inc. a commercial-stage pharmaceutical company focused on the health security market, which comprises countermeasures for biological, chemical, radiological and nuclear attacks as well as vaccines and therapies for emerging infectious diseases and health preparedness to address serious unmet medical needs, today announced the publication of data in the New England Journal of Medicine from its pivotal human safety and animal efficacy studies of its oral formulation of TPOXX® (tecovirimat).  These results support the antiviral activity and favorable safety profile of TPOXX for the treatment of smallpox.

“Smallpox is both highly contagious and highly lethal and there is growing concern that smallpox could be used as a potential bioweapon,” said Dr. Phil Gomez, SIGA’s chief executive officer. “A smallpox bioterror attack could be especially damaging because the majority of today’s population is not immune to the virus, as routine vaccination ended in the 1970s. Rapid spread from person-to-person can occur through speaking, breathing or touching, and smallpox also can be transmitted by direct contact with infected fluids and contaminated objects.  These factors underscore the need for an effective smallpox antiviral therapy, and we believe that TPOXX can address this need.”

“The human safety and animal efficacy data reported in the New England Journal of Medicine are a large part of the TPOXX New Drug Application and support the use of this novel antiviral agent,” said Dr. Dennis E. Hruby, chief scientific officer at SIGA and senior author on the publication. “The absence of drug-related serious adverse events in the human safety trial coupled with a high survival rate in TPOXX-treated non-human primates receiving a lethal challenge dose of monkeypox virus establish a compelling risk-benefit profile for TPOXX in the treatment of smallpox.”

TPOXX efficacy was investigated in lethal monkeypox/non-human primate (NHP) and rabbitpox/rabbit models in accordance with the Food and Drug Administration (FDA) “Animal Rule” interpreted for smallpox therapeutics by an expert advisory committee.  A placebo-controlled human pharmacokinetic and safety study was performed in 449 adult volunteers.  The minimum dose of TPOXX to achieve over 90 percent survival in the monkeypox/NHP model was 10 mg/kg for 14 days, while a dose of 40 mg/kg for 14 days was similarly efficacious in the rabbitpox/rabbit model. Although the effective dose per kg was higher in rabbits, exposure was lower suggesting that the NHP is the more conservative model for estimation of the required human drug exposure. Human dosing at 600 mg twice daily for 14 days was selected for testing, and provided exposures in excess of NHP exposures. No pattern of concerning adverse events was observed.  Based on efficacy in two animal models and human PK and safety data, TPOXX is being advanced as a therapy for smallpox infection based on the FDA Animal Rule.

SIGA filed a New Drug Application (NDA) for oral TPOXX with the U.S. Food and Drug Administration (FDA) in December 2017 and, on May 1, 2018, TPOXX received a favorable outcome of the FDA’s Antimicrobial Drugs Advisory Committee meeting.  The panel, comprised of independent medical experts, voted unanimously, 17 to 0, that the benefits of TPOXX outweigh its risks.  The FDA has previously announced that its target final action date for the oral TPOXX NDA is August 8. 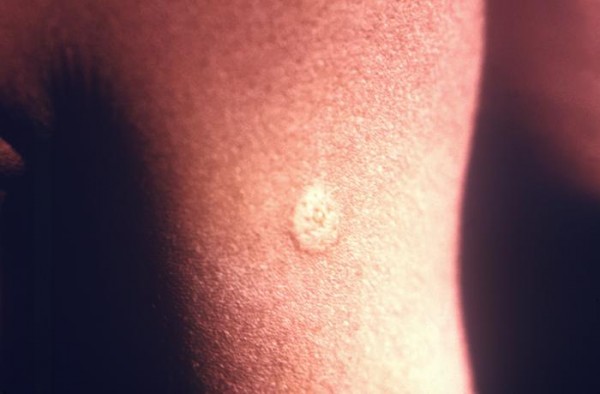