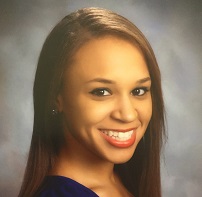 Public health is ensuring that all individuals have the knowledge and resources to be advocates for their own health and live in a safe and healthy environment.

I read “The Hot Zone” by Richard Preston in high school and realized that I was fascinated by epidemiology and how researchers work to track down the sources of disease and how they use that knowledge to implement future prevention strategies.

3.       What has been the single most rewarding experience of your career/studies so far?

In my senior year of undergrad, I wrote a 40-page research paper outlining prevention strategies for Ebola. At the time there was no treatment and no vaccine available. In my paper, I advocated for the funding of vaccine research as I believed that increased globalization could potentially lead to a severe outbreak for which there would be no treatment. The West African Ebola epidemic began a few months after I wrote my paper. For me, it was rewarding to see a hypothesis I suggested be validated by a real-world scenario.

4.       What is the one piece of advice you wish someone had given you when you were starting out in public health?

5.       What do you think is the biggest challenge that the public health field should be focusing on?

Public health should be focusing on combating the rise of the “anti-vax” movement. The declining vaccination rates in the US (and abroad) are alarming. Much of the anti-vax movement is due to misinformation, fear, and a lack of scientific literacy. I think a greater effort needs to be made to understand what concerns drive people to become anti-vax and emphasize the effectiveness, and safety of modern vaccines.