The editorial focuses on two Rutgers School of Public Health Studies that highlight the need for greater awareness of potential health risks facing New Jersey consumers and employees at beauty salons. Although both studies were small, they prompt further research into salon safety for both consumers and employees.

The first study, published in the Journal of Chemical Health & Safety, surveyed 90 hair and nail salon clients in three New Jersey counties to assess their experience with respiratory, fungal and dermal symptoms – which often present as skin rashes or nail disfigurements – after visiting salons. The researchers also sought to learn how aware clients were of the potential biological and chemical hazards in salons. The study is one of the first to focus on health risks facing salon clients rather than employees. 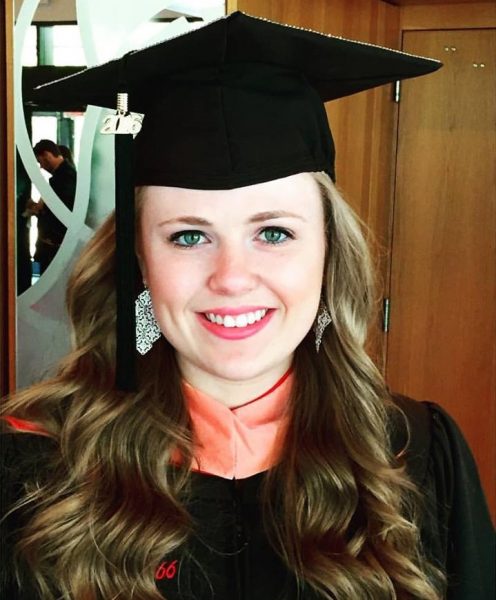 “While there have been studies on the safety and health risks to employees of these facilities, less is known about client perception of these risks or whether they are exposed in a similar manner,” said lead author Ms. Milich, who conducted the study as part of her master’s degree research. “We found that although clients might be aware of some hazardous chemicals like formaldehyde, they often do not recognize the dangers posed by pathogens and environmental irritants.”

Fifty-two percent of the study’s participants reported dermal or fungal symptoms, which were most common among those who visited salons at least three times within the past year. Conversely, nail salon clients who visited less frequently had a higher rate of respiratory symptoms. “We attribute these cases to the fact that people who experienced respiratory symptoms were less likely to return,” said Ms. Milich.

The study also reported how improperly cleaned or re-used tools can put clients at risk for contact dermatitis and can expose them to bacteria, fungi, viruses and blood-borne pathogens, including the hepatitis B and C viruses. Other potential risks in salons include exposure to ultraviolet light, respiratory irritation from poor indoor air and environmental quality, and allergic reactions to products with high concentrations of chemicals, such as formaldehyde.

Although more studies are needed to confirm and expand the findings, Ms. Milich said the research provides new insights into salon client safety and health knowledge. “Clients should ask their stylist or nail technician about the chemical ingredients in the products being used, how they disinfect their tools and the type of ventilation system in the salon,” she said. “People who use salon products at home should read labels and become familiar with safety precautions like wearing proper gloves or masks.”

The second study, published in the Journal of Occupational and Environmental Medicine, looked at nail salon technicians in New Jersey and the links between severe symptoms and their on-the-job exposure to chemical hazards.

The researchers surveyed 68 technicians from 40 salons in higher-income (Livingston and Princeton) and lower-income (Newark and Trenton) areas on their training and understanding of safety and hygiene. They also performed observational surveys to identify workplace hazards facing those employees.

Most respondents were Asian females with self-reported histories of work-associated eye, nose, throat and skin symptoms. Few workers reported using personal protective equipment and most had not received training in their primary language, only in English.

“We found that these nail technicians were being trained but not necessarily in their native language, which raises concerns on how well the technicians understood the information being presented,” said Dr. Derek Shendell, associate professor of environmental and occupational health and the lead author. “The study, while small, gives an indication as to what might be occurring in other areas. It raises awareness for technicians to know their rights, meaning they should receive more comprehensive chemical use training and handouts in both English and in their native language and to speak up if they do not understand something.”

More information about safety and chemicals used in salon products is available at New Jersey Safe Schools Program (www.NJSafeSchools.org), a resource for cosmetology schools and consumers, which is maintained by the Rutgers School of Public Health.

You can read the full editorial in the April 2018 issue of Prevention, which is on stands now.

April 12, 2018 "Colorado Study: Living Near Oil and Gas Facilities May Have Higher Health Risks" April 12, 2018 "CUNY: Dental Benefits for All May Mitigate Oral Health Disparities between Immigrants and U.S.-born Adults"