Environmental health sciences (ENHS) professor and director of the SmartState Center for Environmental Nanoscience and Risk (CENR) Dr. Jamie Lead (University of South Carolina, Arnold School of Public Health) has been named one of 2017’s Highly Cited Researchers in the field of environment/ecology by Clarivate Analytics. This marks the fourth consecutive year that Dr. Lead has been included in this list since he was first named in 2014, when the list began. Retired exercise science professor Dr. Steven Blair was also included in the list. 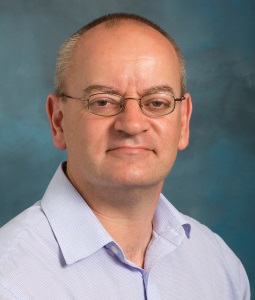 Compiled annually, the Highly Cited Researchers list recognizes leading researchers in the sciences and social sciences. The 2017 list includes approximately 3,400 highly cited researchers in 21 fields from around the world. These scientists are associated with 130,000 papers from 900 institutions.

Researchers are identified based on their papers published in journals that are indexed in the Web of Science Core Collection between 2005 and 2015. Highly cited papers are defined as those that rank in the top one percent of citation for field and publication year in the Web of Science.

Biometrics experts from Clarivate Analytics use Essential Science Indicators to analyze science performance metrics and trend data of scholarly research literature from over 33,000 journals. Using these parameters, the Highly Cited Researchers list reflects researchers who have produced work of particular significance and utility as judged by their peers.

Since joining the Arnold School and establishing CENR in 2012, Dr. Lead has grown this core of nanotechnology and nanoscience experts to include five faculty members and more than 20 doctoral students and postdoctoral fellows. Together, the CENR team has garnered more than $2.5 million and published over 100 peer-reviewed papers.

They have two overlapping aims: studying manufactured nanoparticles to understand how they impact environmental and human health while exploring ways to minimize risks from these contaminants and 2) harnessing the powerful capabilities of nanoparticles in order to maximize benefits from this branch of science.

Formerly the Intellectual Property of and Science business of Thomson Reuters until 2016, Clarivate Analytics is now an independent company. The organization provides insights and analytics to accelerate the pace of innovation.