A team of researchers led by epidemiology and biostatistics and cancer prevention and control program faculty at the University of South Carolina Arnold School of Public Health have completed a longitudinal study on the relationship between the dietary inflammatory index (DII®) and incident depressive symptoms. Led by adjunct assistant professor Dr. Nitin Shivappa, the study was published in the Journal of Affective Disorders.

For more than a decade, researchers at the Cancer Prevention and Control Program have been studying the effects of chronic inflammation on the human body, amassing a large body of evidence that demonstrates how inflammation impacts health by leading to early onset of diseases, disability and premature death. This research led to the development of their copyrighted and federally registered DII, which ranks foods and macronutrients according to their inflammatory properties and creates an overall score for an individual which indicates his/her dietary inflammatory potential. Since its development, the researchers have applied DII in numerous contexts, including cancer, cardiovascular disease, diabetes and depression.

Because inflammation is associated with depression, the present research examined the association between dietary inflammation and depressive symptoms in a cohort of older North American adults. The longitudinal study included 3,648 participants who have or at risk of knee osteoarthritis. 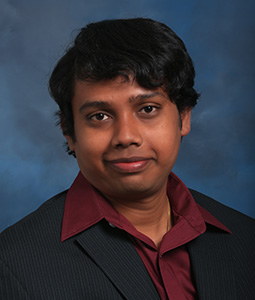 The authors determined DII scores for each participant based on responses to a Block Brief 2000 Food-Frequency Questionnaire and measured depressive symptoms using the Center for Epidemiological Studies Depression-20 scale. The relationship between these two scores was then assessed using Cox’s regression analysis at both the start of the study (2004-2006) and eight years later.