CEESP provides funding for MPH and doctoral students to conduct summer research. The summer program provides unique educational opportunities for students to learn about cancer epidemiology in special populations and how to translate epidemiologic findings into cancer control and prevention interventions.

“The CRC screening program in Vietnam is at an early stage of development due to limited resources and under-developed infrastructure,” Ms. Duong said. “We are trying to evaluate the screening prevalence in the Vietnamese population for the first-time and to obtain the percentage of positive fecal occult blood tests including the number of CRC cases and polyps in the population so that recommendations to improve their screening program can be made in the future.”

Her mentors for the National Cancer Institute’s CEESP Fellowship were Dr. Hung Luu from the University of Pittsburgh, Dr. Chi Dụ Trần from Vinmec International Hospital, Dr. Paolo Boffetta from Mount Sinai School of Medicine, and Dr. Kevin Kip from the University of South Florida. CRC screening data were obtained from the ongoing Vietnam Colorectal Cancer and Polyps Research (VinCAPR) study being conducted in Hanoi. 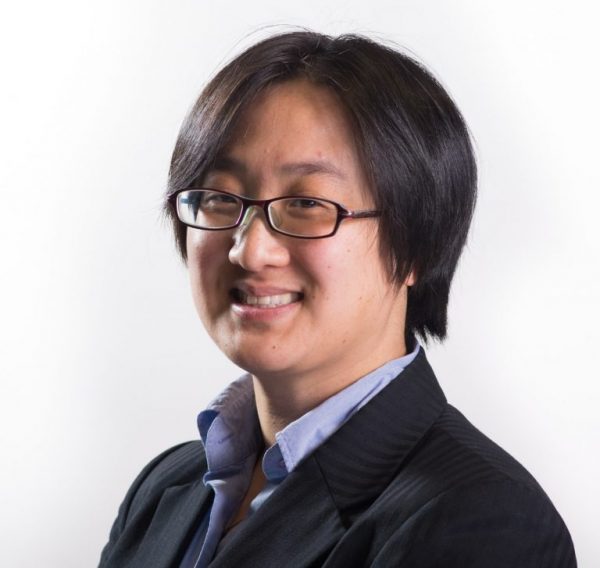 “I was applying to medical school and learned about the field of public health,” she said. “My interest in epidemiology was ignited. I connected with cancer epidemiology as there is a tremendous potential to reduce morbidity and mortality from this disease through preventative efforts such as promoting a healthy diet, exercise and screening.”

One of the reasons Ms. Duong chose to pursue her PhD at the COPH was because of the strong partnership between USF and Moffit Cancer Center.

“Being trained by mentors at both USF and Moffitt will help me hone my cancer epidemiology skills, so that I may develop testable hypotheses related to mechanisms associated with cancer and reduce the cancer burden across populations,” she said.

Ms. Duong said in just one year the COPH has given her a broad array of opportunities to learn and cultivate her epidemiological skill sets.

Last year she presented various research projects at USF Health Day 2018, USF Graduate Student Research Symposium 2018 and at the Moffitt Scientific Symposium 2018. She was also inducted into the USF Phi Kappa Phi Honor Society and selected as a USF Phi Kappa Phi Honor Society Graduate Scholarship recipient for 2018. Moreover, she is the recipient of a graduate fellowship and a public health graduate fellowship from USF.

The NCI’s CEESP opportunity is one of her proudest accomplishments while at the COPH thus far.

“I was thankful for the opportunity to learn more about cancer epidemiology as it pertains to special populations and to work alongside researchers in Vietnam who are dedicated to improving the health of their population. This experience has left an indelible mark on me in terms of exposing me to cancer research and colorectal cancer screening in a developing country. I will always think fondly of the generosity and warm hospitality of the Vietnamese people while I was working there,” she said. “This research experience also holds a special place in my heart as I was born in Saigon (now called Ho Chi Minh City) in Vietnam but immigrated to the United States with my family shortly after I was born. It was a great experience to explore the Vietnamese culture and to learn about where I came from.”

Ms. Duong’s goal is to become a principal investigator designing epidemiological studies that help elucidate how to reduce the cancer burden in populations.

“Cancer research is my public health passion,” Ms. Duong said. “I enjoy the challenges in studying cancer, which is a multi-faceted disease with a complex mechanism of development. It remains an elusive puzzle fraught with inherent difficulties in studying its intricate nature and effects on multiple systems of the body.”