University of South Florida College of Public Health undergraduates found themselves taking in new sights, sounds, smells and tastes from around the globe this summer.

Their experiences varied in length from three months to eight days and included stops in Panama, England and Japan.

But, the highlight of the trip, according to undergraduate Mr. Andre Grant, was when the students ventured outside of the city and met with the indigenous Embera tribe members.

Students were able to converse with the Embera tribe members to hear some of the health inequities they are dealing with as native people.

“It was very intriguing to see how they live off the land and how they are dealing with public health issues as well,” Mr. Grant said. “For instance, the tribes are now being limited by the government in the number of children they are allowed to have and women are being forced to undergo tubal ligation.” Students trekked through forest and traveled by boat to meet with the tribe.

Students also learned about the health promotion programs being implemented in Panama to prevent teenage pregnancies and the vector control measures being taken to combat mosquitos.

Mr. Grant, who is also an Army veteran and will be graduating next spring, said his military training made him eager to get beyond the classroom.

“I like getting out and helping people and that’s how I got interested in going,” he said. “These are things students need to see. Here in the United States, a lot of students don’t know what goes on around the world; even I was a victim to it as well, because I didn’t see half of the things I did until I joined the military. It was eye-opening to everyone, it made us realize how fortunate we are and made me want to reach out and help other people around the world.”

Dr. Matawal Makut, instructor I, led students in Japan for a week in May and said he saw students obtain a new “zeal and drive to achieve their goals” after studying abroad.

“International travel is an important component of student education,” he said. “It gives them a unique opportunity to experience another society’s way of life, food, health systems, transportation and compare with their experiences back home. Many of these students will eventually find themselves in different fields of public health, where they will be involved in decision making and shaping policies. Such international exposure will come in handy.”

Upon arrival in Nagoya, Japan, students engaged in a welcome party at Gifu University where they started their immersion by touring Gifu University Hospital and learning about the health care system in Japan. 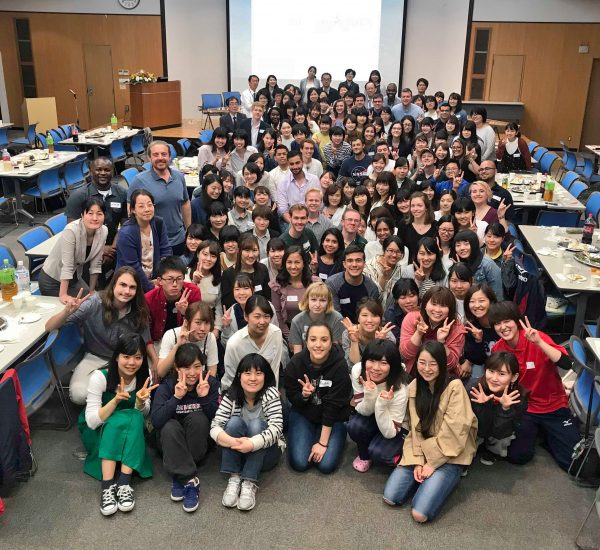 Dr. Makut said the focus of the visit was on the Japanese health care system, the school lunch program and for an opportunity of cultural exchange among students.

“We visited Gujo Hachiman Elementary School, where students were exposed to the school lunch program in Japan,” he said. “It was an opportunity for our students to observe the dietary practices in elementary schools. We also volunteered and participated in cleaning the classroom, which is usually done by the students after lunch.”

Students witnessed how elementary school students in Japan work together to serve themselves lunch. They also witnessed how the elementary students cleaned the school every day and also brushed their teeth after meals. They also made stops at Kyoto for a cultural visit and to explore an array of castles and historical sites.

“The value that Japan places on the health of its population is extensive compared to many other countries such as the U.S.,” said Ms. Stefannie Tanase after visiting the Gifu University Hospital. “At the hospital, we had the opportunity to see an air ambulance. In Japan, the cost to ride the ambulance is free, which we found very shocking. This came as a surprise to us because the cost to ride an ambulance in the U.S. varies and can be anywhere between $12,000 and $25,000.”

Ms. Orriola also guided students for a four week experience in the heart of London from June 24 to July 21.

“Study abroad is an important supplement to the undergrad curriculum allowing students to see firsthand what they read about in their campus based and classroom courses,” she said. “This type of engagement has been identified as a high impact practice according to the American Association of Colleges and Universities, and turns a city – and sometimes the country – into the ‘classroom.’ Plus, it really solidifies their understanding and synthesis of how public health is structured, administered, funded, and utilized around the world.”

Students were enrolled in two courses and earned six credits toward their degree program.

From trips to the Thames Flood Barrier, one of the largest moveable flood barriers in the world, to the Oxfam Supply Centre, an emergency response and humanitarian relief organization, to the Foundling Museum, Britain’s first home for abandoned children, students found themselves immersed in public health.

Ms. Sabrina Saravia, a senior undergraduate student, said that she wanted to study abroad in London to see differences and similarities between the United States medical system and England’s.

COPH students toured the Deptford Creek in London to learn about the history of the creek, its historical and current purpose for the city, and how biodiversity has been impacted over time.

“I highly encourage undergraduate students to study abroad because you gain a multi-national perspective that will allow you to solve modern problems with creative solutions, and in doing so, you also learn to appreciate new things about your own cultural values that you may have not taken into consideration prior to your program,” Ms. Saravia said.

“A civil engineer named Joseph Bazalgette created the sewage system to provide a systematic and extremely beneficial way to rid the waste in the river and improve the quality of life for Londoners by cleansing the air. Bazalgette’s system is still used today in this infamous creek which also harbors many shrimp, flounder, eels and other wildlife species,” said Ms. Saravia, about the tour of Deptford Creek.

“Traveling abroad enhanced my student experience in so many ways. But, the ones that really stood out to me were how the material we learned in our classes abroad had so much history and such a foundation behind it specific to that country,” he said. “Learning about public health through various modes of art, tours, site visits really enhanced my experience as a student, but also impacted my future as public health professional.”

“They provide communities with guidance to help improve their way of life and, most importantly, their health with limited resources. Some of the equipment we were shown included water tanks, water purifiers, toilets and hand washing sinks and even some studies that are being done on energy-based toilets that can flush just from being used,” Mr. Tellone said about the tour of the Oxfam Supply Centre.

Learn more about the undergraduate study abroad options available at the USF COPH.

To see more images and video from abroad, be sure to visit the USF COPH’s official Instagram page.