Despite the explicit banning of importation and sales of e-cigarettes in Taiwan, 2.2 percent of adults and 0.8 percent of adolescents reported to ever used e-cigarettes, with 4.5 percent for adults and 36.6 percent for adolescents being exclusive e-cigarette users. These are the findings of a 2014 national survey led by Dr. Wei J. Chen of National Taiwan University (NTU), with his doctoral students Mr. Yi-Lung Chen as first author and Mr. Shan-Chi Wu as second author. The study has been published online since 1 September 2018 in Journal of Epidemiology.

According to Mr. Yi-Lung Chen, “Non-smokers’ use of e-cigarettes might increase their likelihood to smoke cigarettes. In particular, e-cigarettes with flavored e-liquids have been increasingly popular among young people.” These backdrops make it even more challenging to prevent cigarette smoking initiation among adolescents.

In the 2014 National Survey of Substance Use, in which Mr. Shan-Chi Wu worked as a research assistant, a nationally representative sample of 17,837 participants, aged 12 to 64, completed a computer-assisted self-interview on tablet computers. By dividing individuals’ lifetime tobacco use into non-use, exclusive e-cigarette use, exclusive cigarette use, and dual use, the authors found that those tobacco usage groups were related with an increasing trend of adjusted odds ratios with use of other psychoactive substances, particularly problematic use of alcohol or drugs, and with more depressive symptoms.

These findings imply that, regardless of the several purported advantages of e-cigarettes, these products contain nicotine, which has strong addictive properties, and all tobacco usage groups showed similar relationships with psychosocial factors. For example, said Mr. Yi-Lung Chen, “our finding of a high cessation rate of e-cigarette use among dual users, which was also supported by previous studies, casts some doubt on the claim that e-cigarette is one option for smoking cessation.”

The authors concluded that e-cigarettes should be regulated, and relevant products should be accurately labeled. One key element in the control of e-cigarette use in Taiwan will be effective regulation of the accessibility of e-cigarettes, particularly for young people. 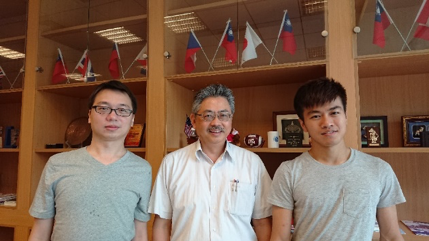