The ASPPH Student Services Excellence Award recognizes individuals who have devoted their careers to innovating and improving the experience for applicants and students. The award is given annually to a full-time faculty or staff member from an ASPPH-member, CEPH-accredited school or program of public health. 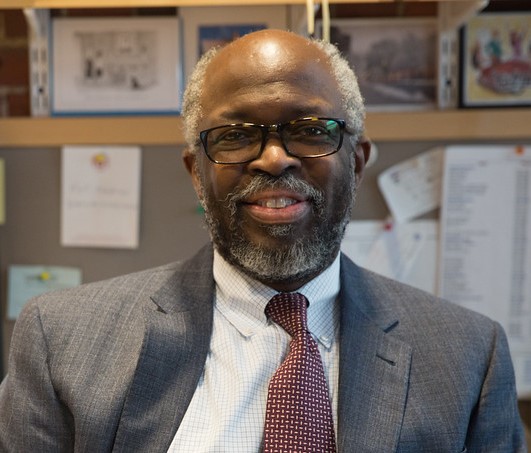 Mr. Vincent W. James recently retired after serving as Director of Admissions for twenty years at the Harvard T.H. Chan school of Public Health.  Prior to that he served as Associate Director of [Undergraduate] Admissions at MIT.  Prior to that, Mr. James worked in the private sector as a chemical engineer and systems analyst.  Mr. James received degrees at MIT, Rutgers University, and the University of Phoenix.

While his title (and phone number…and email address) did not change the whole-time, many aspects of his job did.  One of the major changes was transitioning to SOPHAS, the common application service, and being one of the charter schools to use it.  Mr. James was a strong supporter of SOPHAS.  He was one of the initial members of the SOPHAS Advisory Council and served as its 2nd Chair.  While on the council, he traveled around the country provided training and support for other schools and programs who were coming on board to use SOPHAS.  In 2015, he received the SOPHAS Hero Award in recognition of his contributions.