A leading cause of illness and hospital visits for children in the United States is asthma. Characterized by inflammation and reduced airflow into the lungs, this common chronic condition has a major impact on quality of life and health in children and can at times be life- threatening. Although linked to indoor and outdoor air pollution, little is known about how prevalent asthma is in the predominantly low-income communities along the Texas-Mexico border. 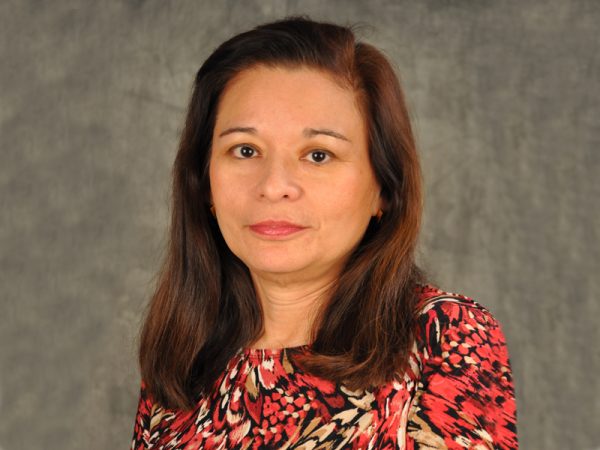 To gain a better understanding of asthma prevalence in this area and the affects of exposure to hazardous air pollutants (HAPs) in schools, a research team led by Dr. Genny Carrillo, associate professor at the Texas A&M School of Public Health, studied pollution and asthma occurrence rates among school-age children in Hidalgo County, Texas. Their study, published in the journal Environmental Research, used a survey of students in 198 schools and air pollution data from the Environmental Protection Agency to identify what factors increased the risk for asthma in school-age children and further clarify the role of school-related HAPs in childhood asthma.

Research points to outdoor air pollution ranging from car emissions, diesel exhaust and gases like nitrogen dioxide, sulfur dioxide and ozone playing a significant role in asthma. Hidalgo County, one of the poorest counties in the United States, is home to many low-income Hispanic families who have a greater chance to be affected by asthma than people in other parts of the states. One contributor to this disparity is more significant exposure to environmental triggers for asthma such as pollution from growing industrialization and agricultural activity in the region.

Dr. Carrillo and colleagues screened nearly 3,000 students in Hidalgo County with a questionnaire asking whether respondents had problems breathing when playing, woke up at night with difficulty breathing or found it hard to breathe in cold weather among other questions. The researchers also looked at the levels of 43 HAPs commonly linked to breathing problems, focusing only on nine of the 43 pollutants that significantly varied among parts of the study area. They found that families in Hidalgo County had an asthma prevalence of 9.4 percent, which is slightly above the statewide average and a little higher than the national average. However, children in the 14 to 18 age range had a much higher asthma prevalence — 16.7 percent — than the nationwide average of 10 percent.

The findings of this study added to the body of evidence linking pollution and asthma and showed the hazards faced by families living in areas with environmental contamination such as those found on the Texas-Mexico border.

“The findings of much higher asthma prevalence in older children pointed to environmental factors as these children frequently work alongside their families in agriculture,” Dr. Carrillo said. “The data from this study, particularly the school-related environmental and neighborhood data, provides a starting point for additional studies into environmental health in this region. In particular, further community studies that focus on the toxicity of pollutants with an eye on exactly how these substances cause or worsen asthma are needed.”

This study builds on the understanding of the role pollution plays in asthma and acts as a useful tool for identifying which populations face a higher risk for asthma, giving much-needed information on ways to treat and manage this common and serious health condition.