Chronic disease self-management education (CDSME) programs are effectively helping the many older adults with one or more chronic health conditions (such as diabetes, arthritis or heart disease) better manage their health. These programs can improve health behaviors, reduce distress and decrease healthcare use. However, despite the growth and availability of such programs, older men are less likely to participate and complete CDSME programs than older women. Some possible explanations are that men do not feel that they need the programs or that the programs do not appeal to men. The disparity, like any underrepresentation, means that CDSME programs are less effective than they could be, missing a large part of the population. 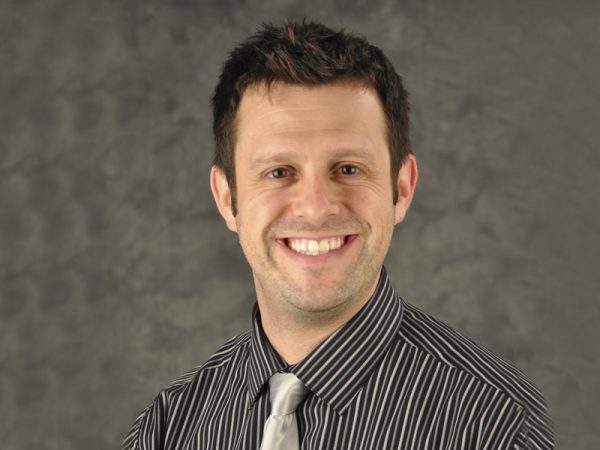 Dr. Matthew Lee Smith, associate director of the Texas A&M Center for Population Health and Aging and associate professor in the department of environmental and occupational health at the Texas A&M School of Public Health led a study to investigate the characteristics of men attending CDSME programs, sites where programs take place and the factors related to men’s attendance in those programs.

The study, published in the American Journal of Men’s Health, used a national database of CDSME workshops in 45 U.S. states, Puerto Rico and the District of Columbia between December 2009 and December 2016. After processing the data to focus only on male participants, the research team was left with a sample of more than 45,000 participants. The primary variable of interest in their analysis was the participants’ attendance in the workshop. Attendance was scored based on the number of sessions attended, ranging from zero to six. Those participants who attended four or more sessions were considered to have successfully completed the workshop.

To understand what factors might be associated with attendance, Dr. Smith and colleagues examined the delivery site and number of people in each workshop along with personal characteristics for the participants, such as age, ethnicity and number of chronic conditions they had. The various delivery sites included healthcare facilities, residential facilities, senior centers, community organizations and educational institutions.

Dr. Smith and his team found that most of the participants were between 65 and 79 and white non-Hispanic. Participants also were most likely to report three or more chronic health conditions. The three most common delivery sites were health care facilities, senior centers and residential facilities. Workshops had an average of about 13 participants of which about 41 percent were male. About 75 percent of men in these programs attended four or more sessions. Men who attended workshops at senior centers, community facilities or religious organizations had higher completion rates, as did men who attended smaller workshops and those with more male participants.

“Even though nearly 75 percent of men who attended the workshops completed them, some differences were seen between those who completed four or more sessions and those who did not,” Dr. Smith said. “Men aged 65 to 79, were more likely to complete the workshop, possibly because they may receive more frequent health screenings that support effective disease management. Alternatively, males in this age group are more likely to live with others, such as a spouse, who can encourage them to complete the program or even accompany them,” Smith said.

This study’s findings point to a few possibilities for increasing male participation in and completion of CDSME workshops. Workshops with fewer participants and more male participants could help keep men in the program by making men more comfortable with discussing health issues. Having programs outside of a healthcare facility could also be beneficial by distributing the programs around the community and conducting them in more supportive environments. Program duration and scheduling could also be obstacles to completion, which could be partially overcome by giving participants more information before workshops or using telehealth resources to conduct internet-based CDSME programs.

“Increasing male participation in this program can be achieved in communities by growing the program delivery infrastructure and diversifying the network of organizations that partner to deliver the program,” Dr. Smith said.

Although the study’s findings help shed light on male underrepresentation in CDSMEs, there are limitations and opportunities for further research. Many of the records had missing data, which could have affected results. Future work using statistical techniques to compensate for missing data could be beneficial, as could research including participant education levels and health literacy. However, Dr. Smith and colleagues found that men are willing to participate in CDSME workshops and that small changes to the recruitment and retention efforts for these programs could bring their actual participation and completion rates more in line with their willingness to participate.

“Although men are vastly underrepresented in disease self-management programs nationally, it is encouraging that men are attending and completing CDSME programs, which increases their likelihood of receiving health benefits from the interventions,” Dr. Smith concluded.