Worker fatigue is a serious risk on the job, contributing to injuries and deaths, property damage and lost productivity. With around 18 billion dollars of economic losses each year, fatigue-related incidents are a mounting problem. This is especially true in the oil and gas extraction (OGE) industry, which involves around-the-clock work shifts and heavy physical and mental workloads. Between 2003 and 2014 there were more than 1,300 on-the-job deaths in the OGE industry, giving it a fatality rate seven times higher than the U.S. average. 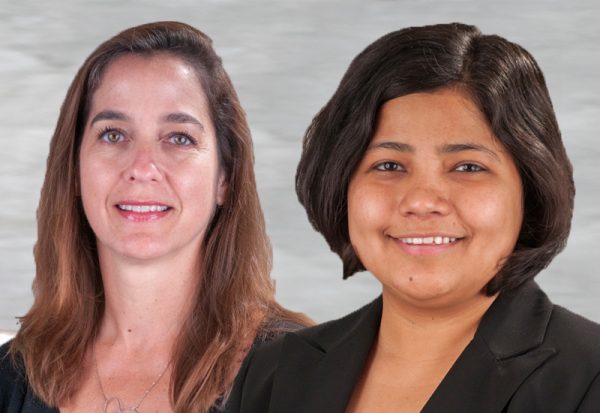 Solving the problem of worker fatigue calls for quick and accurate assessment of fatigue; however, research on the effectiveness of existing fatigue assessment tools in the OGE environment is scarce. To address this shortcoming, Dr. Ranjana Mehta and Dr. S. Camille Peres, assistant professors at the Texas A&M School of Public Health, together with Dr. M. Sam Mannan, director of the Mary Kay O’Connor Process Safety Center at Texas A&M University, studied workplace fatigue in offshore OGE workers to compare different assessment tools. Their study, published in the Journal of Loss Prevention in the Process Industries, analyzed information from a widely used fatigue survey and physiological data such as heart rate, respiration rate and movement, to see how viable and accurate the measures were and how they compared to each other.

The first measure the study used was a series of fatigue assessment surveys. One survey asked about aspects of fatigue, such as physical exertion, physical discomfort, sleepiness, lack of energy and lack of motivation, one considered acute and chronic fatigue and recovery, one looked at physical and mental fatigue, and one gave an overall fatigue score. In addition, subjects were asked questions about their work environment and its various demands to identify potential risk factors. The workers noted higher acute fatigue and lack of recovery between shifts as well as increased sleepiness and decreased work effort. They also identified work environment aspects of increased work demand and pace and increased repetitive strain injury.

In addition to these surveys, the workers were fitted with sensors that can record heart rate, respiration, activity levels and skin temperature. Similar sensors and protocols have been used for physiological monitoring of construction workers and firefighters in previous research. The researchers used heart rate as the main sign of fatigue and separated data based on movement in to three activity levels: stationary, moving slowly, and moving quickly. The study found that signs of fatigue, i.e., heart rate, were higher when activity levels were higher. Workers who started on day shifts and switched to nights showed the lowest levels of fatigue with little difference between early in their time offshore and later. Other shift types showed higher levels of fatigue, and surprisingly, those workers remaining on day shifts throughout showed the largest increases in heart rate.

“Wearables have significantly improved real-time physiological monitoring in the workplace. However, in highly hazardous offshore environments, commercially available devices that are not intrinsically safer are not appropriate, and those that are may not offer usability and efficient data analyses and management capabilities for real-time fatigue assessments,” Dr. Mehta said. “In fact, workers in our study found wearing the sensor belts tedious and somewhat uncomfortable for 24/7 monitoring. Thus, even though the sensor data was highly valuable in determining fatigue levels based on shiftwork, their utility, and thereby sustainability, in OGE environments remains debatable.”

The research team also analyzed and compared the survey and physiological datasets to see if there was a correlation between the two. They found that the survey items on physical discomfort correlated well with heart rate, but the other fatigue measures or risk factors from the surveys showed no significant association with physiological fatigue indicators. Interview data with the workers emphasized that in addition to physical fatigue, workers were mentally tired — however existing fatigue surveys were unable to capture this.

“Workers found the surveys too long and reported that some of the items were unclear to them. Given that fatigue in offshore environment must be easily and effectively assessed before it can be well understood, the need for a more succinct measure is obvious,” Dr. Peres said.

Physiological data point to how shift work can affect fatigue, but the lack of clear association indicates a need for a more appropriate method for assessing worker fatigue in the OGE industry. In addition, the study showed how fatigue assessment tools will need to be tailored to workers. On average, the workers took around 45 minutes to complete the surveys and found that many of the items had unclear wording. This study highlighted the need for fatigue assessment tools that can be completed more quickly and are clearer for this population. Further, it is important for future research to focus on developing reliable and valid ways to assess fatigue that account for worker behavior and unique aspects of OGE industry work environments. Such a tool will be vital for preventing deaths and injuries and reducing economic losses.