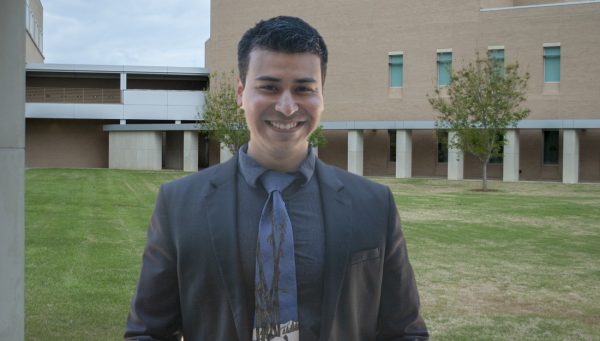 That is why Mr. Alvarez suggested he develop a website where community stakeholders in the most vulnerable communities of Houston would be able to more easily access environmental data that was collected in their neighborhoods.

Mr. Alvarez began creating an interactive website that allows residents to find research data relating to environmental health and justice concerns by searching by their ZIP code or other fields. After he realized the massive amount of data was too much for him to fill in by himself, he organized a “hack-a-thon,” where he and 25 other students uploaded studies and data to the website, and expanded the website’s pool of information greatly. Even after the hackathon was completed, Mr. Alvarez saw greater opportunity for the website if he could take a Geographic Information Systems class, and did so in order to add the locations of documented exposures like radioactive waste sites and toxic waste sites, making available even more of the information that would have remained known only to scholars and health experts.

He has continued to spend most weekends this spring interviewing residents of Houston to better understand their perceptions of the contamination in parks that resulted from Hurricane Harvey flooding. He has developed and delivered curriculum to high school students in Houston about environmental health, all the while continuing to update the website with post-Hurricane Harvey data and helping to promote the site by developing Facebook videos.

In fact, Mr. Alvarez was recently awarded the Margaret Rudder Community Service Award recognizing those who have made a significant impact through their volunteerism. His continued work in service to the Houston’s environmental justice communities is helping those most impacted by Hurricane Harvey.

“I am a recipient of the Bill and Melinda Gates Millennium Scholarship and thanks to them I had access to higher education and to a community of scholars with a wide range of talents whose goals are the same as mine, to make the world a tiny bit better,” Mr. Alvarez said. “Bill Gates has been a role model for each and every single one of us. He not only gives his money to causes he cares about, he actively uses his incredible intelligence and talents to make the world better. I think deep down inside, we all want to emulate him and give back to our communities.”

May 10, 2018 "Texas A&M Partners with Houston Methodist and Texan by Nature to Form the Center for Health and Nature" May 10, 2018 "UNC Study Finds Breast Cancer Places Greater Financial Burden on Black Women"