In the world of public health, what works in one country may not work in another. That is something that graduate student Ms. Susannah Barr has seen time and time again in both her studies and work. 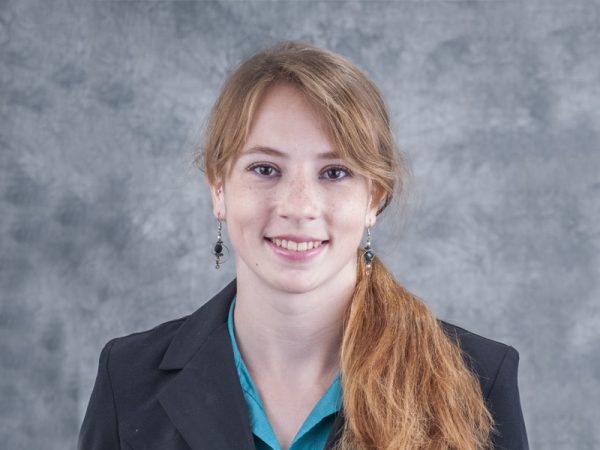 Ms. Barr began the Master of Public Health degree program in the department of health promotion and community health sciences in the Texas A&M School of Public Health with an undergraduate degree in anthropology. Her main interest, which she developed as an undergraduate student, is the intersection of economics and food. That is how she ended up in the Dominican Republic, helping to collect and analyze data for a project focused on health and nutrition in rural communities. Her research was recently published in Human Ecology.

Her work with Somos Girasoles (The Sunflower Project), which Ms. Barr founded with a few friends, made it clear that health interventions that work in the United States do not always adapt well to other cultures. Somos Girasoles works with artists from a school of fine arts in Santo Domingo, the capital city of the Dominican Republic, to use art as a way to educate children on health and nutrition.

Ms. Barr’s current work is with a program named Salud Para Usted y Su Familia (Health for You and Your Family) part of a Texas A&M School of Public Health five-year, $4.9 million dollar project funded by the U.S. Department of Agriculture aimed at reducing childhood obesity in communities known as colonias along the U.S. – Mexico border in Texas, New Mexico and Arizona. The project’s main goals are to increase fruit and vegetable consumption, reduce screen time and increase physical activity. Ms. Barr’s role in this project has ranged from data management to spatial and qualitative analysis and leading pilot testing of a board game meant to teach people how to shop for groceries.

“Even the places we purchase food are cultured, so why do we expect people from other countries or cultures to understand grocery stores in the U.S.?” says Ms. Barr. “This board game gives them a map and suggestions of when to use skills they may have learned in other nutrition interventions.”

As she continues to juggle both work and school, Ms. Barr’s heart remains with the Dominican Republic. In 2016, she conducted a community assessment of Cabrera, the town where Somos Girasoles is based. This year she included Somos Girasoles in her coursework, conducting a program evaluation as part of her practicum.

When she completes her master’s degree, Ms. Barr plans to pursue a PhD in anthropology building on the content of this article, which highlights the impact of mobile produce vendors on household fruit and vegetable consumption using Geographic Information Systems (GIS). Ms. Barr believes mobile produce vendors can have a critical economic and nutritional impact on the country.

“Food is an interesting area of research because it is important in all cultures and is impacted by economics and the environment,” Ms. Barr said. “Everyone has to eat.”