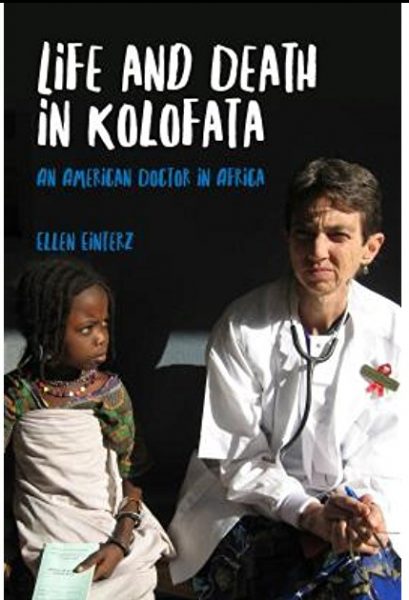 Dr. Einterz was born in New York and has degrees from McGill, Indiana, and Tulane Universities. She first went to Africa in 1974 as a teacher with the Peace Corps in Niger. After completing her medical training at McGill, she directed hospitals in Naka, Nigeria, and then Kolofata, Cameroon, for over three decades.

During the 2014/2015 Ebola epidemic, she was medical coordinator of an Ebola Treatment Unit in Liberia.

Dr. Einterz has published articles on a range of topics including snakebite, malaria, international aid, neonatal tetanus, family planning, traditional uvulectomy, telemedicine, trachoma, and access to healthcare in underserved parts of the world. She has been decorated twice by the government of Cameroon.

She is presently clinic physician for the Marion County Public Health Department’s refugee program and maintains an adjunct affiliation with the Indiana University School of Medicine and Fairbanks School of Public Health.

Dr. Einterz is the author of Life and Death in Kolofata: An American Doctor in Africa (Indiana University Press, 2018).