Dr. Mark Diana, chair of the department of global health management and policy (GHMP) and W.C. Tsai and P.T. Kung Professor of Health Systems Management at the Tulane University School of Public Health and Tropical Medicine (SPHTM), was named chair of the Association of University Programs in Health Administration (AUPHA) at the organization’s annual meeting in Philadelphia. The announcement was made at the association business meeting on June 14th. 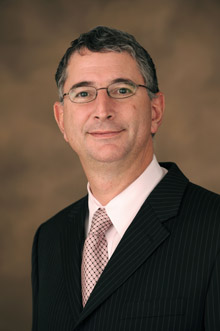 Dr. Diana was named chair-elect in 2017 and headed the planning committee for the 2018 meeting, which celebrated AUPHA’s 70th anniversary. He will serve one year as chair of the board of directors.

“It is a tremendous honor to be elected to chair the Association of University Programs in Health Administration,” Dr. Diana said. “The list of individuals who have served in this role over the last 70 years is impressive, and I am humbled to be among them.”

Dr. Diana’s election is the second time a Tulane SPHTM department chair has led the AUPHA. Dr. Walter Burnett, founder of the department of health systems management (the precursor to global health management and policy), was named AUPHA chair in 1975.

“This is a critical time in the future of health care in the United States,” said Dr. Diana. “The field of health administration education needs to rise to the challenge of educating the next generation of leaders to meet these challenges.”

The 2019 AUPHA annual meeting will be held in New Orleans.

The AUPHA is a global network of colleges, universities, faculty, individuals and organizations dedicated to the improvement of health and healthcare delivery through excellence in healthcare management and policy education.